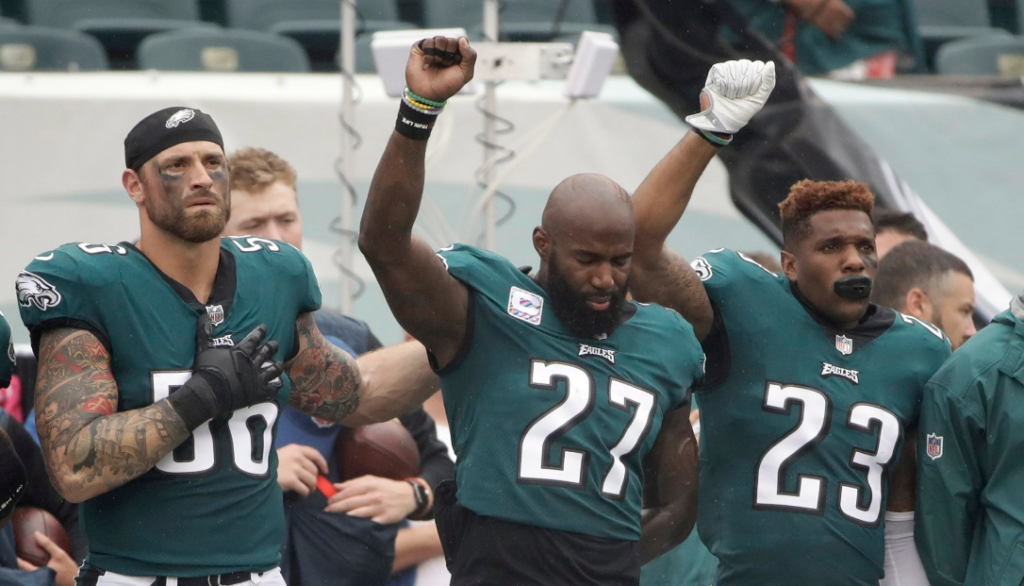 Trump Cancels Eagles Visit Since No One Was Coming

President Donald Trump on Monday called off a visit by the Philadelphia Eagles to the White House Tuesday, citing the dispute over whether NFL players must stand during the playing of the national anthem.

Trump said in a statement that some members of the Super Bowl championship team “disagree with their President because he insists that they proudly stand for the National Anthem, hand on heart, in honor of the great men and women of our military and the people of our country.”

He said the team wanted to send a smaller delegation, but “the 1,000 fans planning to attend the event deserve better.”

Instead, Trump said he would be hosting “a different type of ceremony,” featuring the United States Marine Band and the United States Army Chorus, that “will honor our great country, pay tribute to the heroes who fight to protect it, and loudly and proudly play the National Anthem.”

It remains unclear exactly what prompted the change of plans. The White House did not immediately response to questions about what had sparked the decision and why the circumstances were different from other events honoring winning teams, which some members have boycotted. The Eagles did not respond immediately to requests for comment.

The NFL recently announced a new policy requiring players to stand for the anthem if they’re on the field before a game, but gave them the option of staying in the locker room if they want to carry on the Colin Kaepernick-inspired campaign against police brutality and social injustice.

Trump has repeatedly stoked the issue, saying the NFL should fire any players who kneel during the anthem. During an interview after the new policy was announced, Trump praised the league for doing “the right thing.”

Several members of the Eagles have voiced staunch opposition.

“This is a fear of the diminished bottom line,” defensive end Chris Long said last month after the NFL announced its new policy. “It’s also fear of a president turning his base against a corporation. This is not patriotism. Don’t get it confused. These owners don’t love America more than the players demonstrating and taking real action to improve it.”

Eagles safety Malcolm Jenkins is among the outspoken players have also vowed to carry on the cause.

“I will not let it silence me or stop me from fighting,” he said recently. “This has never been about taking a knee, raising a fist or anyone’s patriotism, but doing what we can to effect real change for real people.”