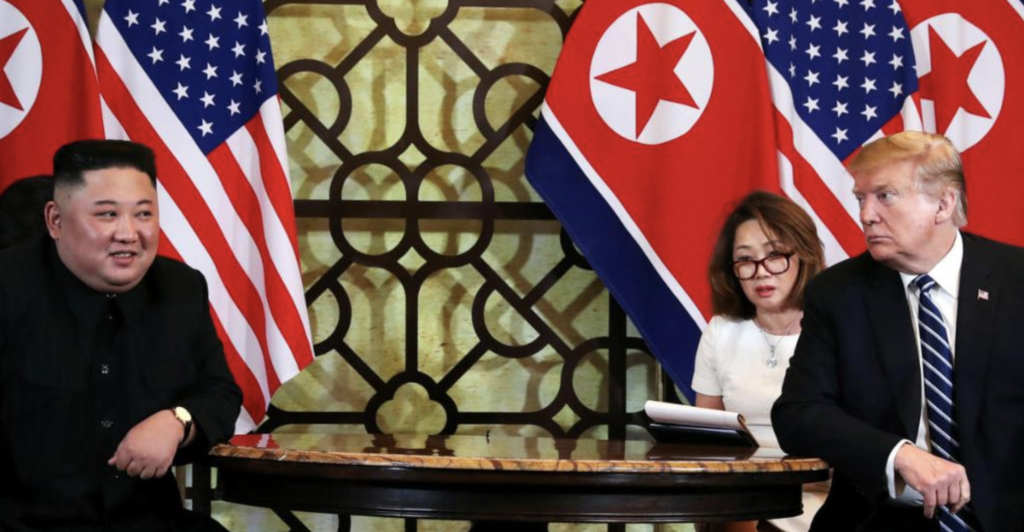 The failure of U.S. President Donald Trump and North Korean leader Kim Jong Un to secure even a limited deal at their second nuclear summit means any breakthrough now depends on working-level talks that have made little progress since last year.

The sudden collapse of talks on Thursday highlighted just how large the gulf between the two countries remains, experts said.

It also underscored that whatever chemistry Trump and Kim might have, it was not enough to overcome differences that the rushed pre-summit negotiations left unresolved.

In the run-up to the summit in the Vietnamese capital, Hanoi, Trump downplayed expectations that North Korea would give up its entire nuclear weapons arsenal any time soon.

But officials had signaled a limited deal could lead to a declaration ending the state of hostilities that have existed since the 1950-1953 Korean War, the closing of North Korea’s main nuclear facility at Yongbyon, or opening liaison offices.

The two leaders began their summit by expressing optimism and the White House announced they would sign a joint declaration, widely expected to at least reaffirm the general goals agreed to when Trump and Kim met for the first time in Singapore last year.

The ceremony, as well as a working lunch, was abruptly canceled.

“Not only did the Hanoi Summit fail to produce meaningful results, but Trump and his team have clearly squandered the seven months since Singapore to make progress on even modest steps toward the lofty Singapore Summit goals,” said Daryl Kimball, executive director of the Washington-based Arms Control Association.

Trump said no deal was reached because Kim wanted all sanctions lifted in exchange for partial denuclearization.

That stance should have been a massive warning flag to the American delegation ahead of the summit, Kimball said.

Typically, major summits between world leaders are held only once officials have finalized all the details, something they were unable to do this time.

“When you are dealing with a country that is of the nature of North Korea, it is often the case that only the most senior leaders have the capacity to make those important decisions,” U.S. Secretary of State Mike Pompeo told reporters on his airplane after departing Hanoi.

Optimists clung to Trump’s insistence that the two sides remained committed to talking as a sign there won’t be an immediate return to the threats and tension of the past.

Critics, meanwhile, said the summit proved Trump’s diplomacy was based on pageantry that has done little beyond reducing political pressure on one of the world’s most repressive countries.

Most analysts agreed, however, that the second summit ending with no or little progress made it harder for Trump to argue for his reliance on the self-described “special relationship” with Kim.

After last year’s Singapore summit, lower-level U.S. negotiators sometimes struggled to meet with their North Korean counterparts, and the recent flurry of talks only began after the summit appeared imminent.