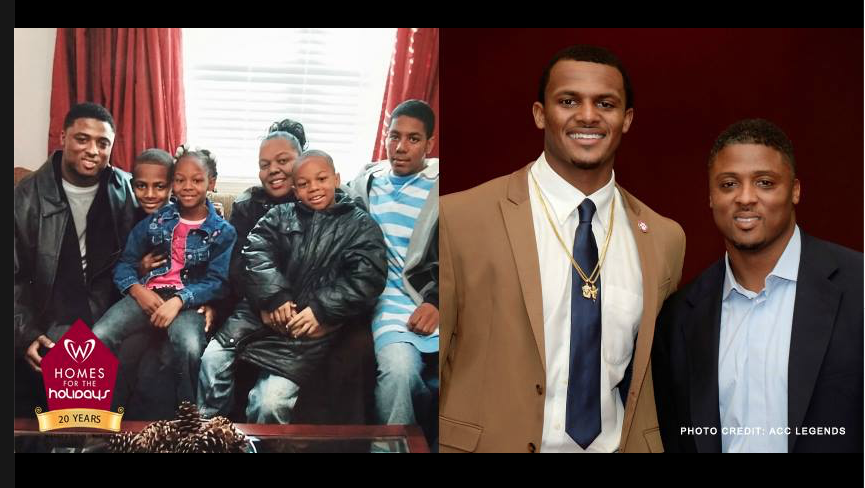 Warrick Dunn, You Are The Real MVP!

Warrick Dunn accomplished a lot during his 12-year NFL career. He retired with 10,967 rushing yards and 49 rushing touchdowns, along with the NFL’s Rookie of the Year award and three trips to the Pro Bowl. He is No. 3 on the Buccaneers’ all-time rushing list, trailing James Wilder and Mike Alstott. While his contributions on the field were significant, his efforts off the field have been just as impactful.

Following his playing career, Dunn established a foundation – Warrick Dunn Charities – aimed at providing affordable housing for families in need. After losing his mother, the sole provider of his family’s household, at the age of 18, Dunn vowed to provide affordable housing to those in need.

Over the years, Dunn has helped fill more than 150 homes. Dunn has provided assistance such as furnishing homes for families.

In November of 2006, when Deann Watson walked through the doors of her new home in Gainesville, Georgia, which she helped build for her four children, Dunn was waiting for them. He had fully furnished their home for them.

“We just try to help put people in safer environments and give kids an opportunity,” Dunn told the Associated Press. “You never know what impact you will have. You hope it’s a positive impact.”

One of Watson’s four children, Deshaun, remembers the moment vividly.

Watson, one of college football’s top quarterbacks and runner-up to the Heisman Trophy, led the Clemson Tigers to a 35-31 upset victory over Alabama on Monday night in the National Championship Game at Raymond James Stadium. He is projected to be one of the top picks in the NFL draft in April.