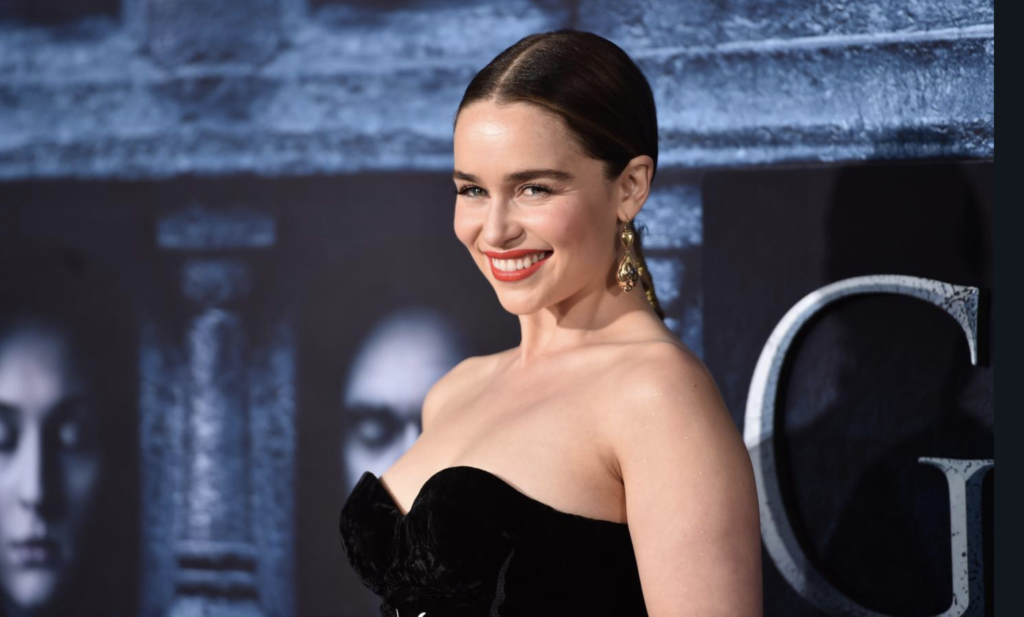 We Almost Lost ‘The Mother Of Dragons’ in Real Life

“Game of Thrones” star Emilia Clarke revealed that she suffered from two brain aneurysms that nearly took her life in the early years of the blockbuster HBO series.

Clarke spoke about her health scare for the first time in a personal essay published in the New Yorker on Thursday morning. Just before she assumed her role as Daenerys Targaryen on the first season of “Game of Thrones” in 2011, the actress noticed a “shooting, stabbing, constricting pain” in her head during a workout with her trainer. Rushed to the hospital, she had an MRI scan that showed an aneurysm requiring brain surgery. The then-24-year-old actress underwent a two-week recovery period, during which she couldn’t remember her own name, a result of a condition called aphasia.

“Nonsense words tumbled out of my mouth and I went into a blind panic. I’d never experienced fear like that — a sense of doom closing in,” she said. “I could see my life ahead, and it wasn’t worth living. I am an actor; I need to remember my lines. Now I couldn’t recall my name.”

The disorder passed after a week, and a month after the surgery, Clarke returned to the press junket for “Thrones.” However, while in the hospital, she learned she had another smaller aneurysm on the other side of her brain that could rupture at any minute.

Between Season 3 of the HBO series and her role as Holly Golightly in the Broadway play “Breakfast at Tiffany’s” in 2013, Clarke went in for one of her regular brain scans and found that the second aneurysm had doubled in size. She returned for another surgery, but it didn’t go as successfully as the first one.

“When they woke me, I was screaming in pain,” she recalled. “The procedure had failed. I had a massive bleed and the doctors made it plain that my chances of surviving were precarious if they didn’t operate again. This time they needed to access my brain in the old-fashioned way — through my skull. And the operation had to happen immediately.”

The recovery lasted a month and it was much harder than the first. Clarke said she suffered from panic attacks, felt like a shell of herself, and tried to block the memories of the dark time.

“I looked as though I had been through a war more gruesome than any that Daenerys experienced,” she said. “I emerged from the operation with a drain coming out of my head. Bits of my skull had been replaced by titanium. These days, you can’t see the scar that curves from my scalp to my ear, but I didn’t know at first that it wouldn’t be visible.”

She added, “In my worst moments, I wanted to pull the plug. I asked the medical staff to let me die.”

Several weeks after the surgery, Clarke was once again back to work promoting “Game of Thrones” at San Diego Comic-Con with her castmates. She kept the news of her surgeries a secret until now, even denying a National Enquirer story that ran six weeks after the procedure.

Clarke assured her fans that since the second surgery, she is 100% better, and has created a charity for brain injury and stroke victims called SameYou.