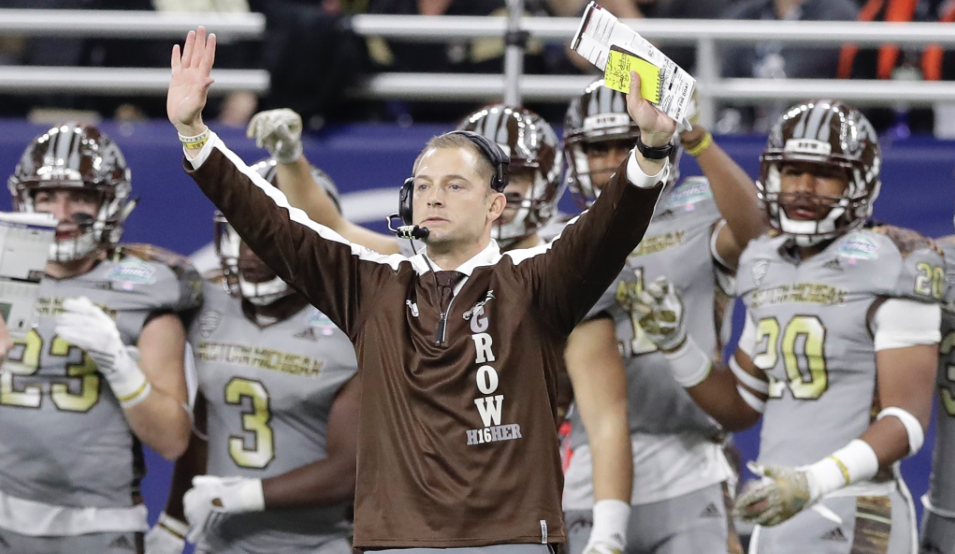 Western Michigan Had to Know This Was Coming

Western Michigan’s P.J. Fleck is expected to become the new Minnesota head coach, a source told FOX Sports on Friday. The two sides are working to finalize the deal today.

The 36-year-old Fleck, a former NFL wide receiver from Northern Illinois, led the Broncos to the Cotton Bowl and a 13-1 season. He would replace Tracy Claeys, who was fired earlier this week amid an ongoing sexual assault investigation involving several of the Golden Gophers players and a near-boycott of the Holiday Bowl by the team. Minnesota finished the season at 9-4 with a Holiday Bowl win over Washington State, despite 10 players being suspended for that bowl game.

Western Michigan went on quite a rise under Fleck, a Greg Schiano protege. The Broncos went 1-11 in his debut season in 2013 but then jumped to back-to-back eight-win seasons before winning the MAC and cracking the Top 15 in 2016.

Fleck’s “Row the Boat” mantra became well known throughout college football, as did his high-energy style.

Fleck had been the Gophers’ top target for the vacancy all along, multiple sources told FOX Sports.