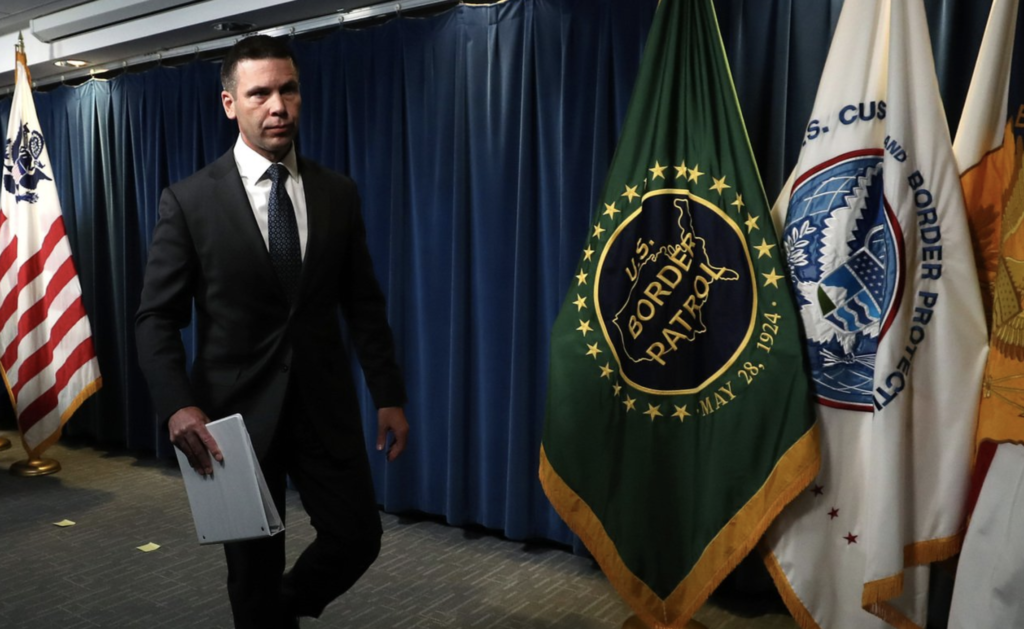 What A Surprise, Another Person Is Running From Trump

President Donald Trump said on Friday that acting Homeland Security Secretary Kevin McAleenan was stepping down and a new acting chief of the agency would be named next week.

McAleenan became the fourth person to lead the agency under Trump in April after the Republican president asked for the resignation of Homeland Security Secretary Kirstjen Nielsen.

Before becoming acting secretary, McAleenan served as commissioner of U.S. Customs and Border Protection, one of the agencies operating under the Department of Homeland Security (DHS).

“Kevin now, after many years in Government, wants to spend more time with his family and go to the private sector,” Trump said on Twitter.

“I will be announcing the new Acting Secretary next week. Many wonderful candidates,” he said.

Trump, who has made cracking down on legal and illegal immigration a signature issue of his presidency and 2020 re-election effort, said he and McAleenan had “worked well together with Border Crossings being way down.”

Despite the praise, Trump never formally nominated McAleenan to run the agency.

Democratic Representative Bennie Thompson, chairman of the House of Representatives Committee on Homeland Security, said McAleenan’s departure is a troubling sign for the sprawling department, whose responsibilities include border security, counter-terrorism, cybersecurity and emergency management.

“This will only add to the chaos for a Department where there are chronically too many leadership vacancies and positions held by unconfirmed, ‘acting’ officials,” he said in a statement.

In a statement, McAleenan said during his six-month tenure DHS had “made tremendous progress mitigating the border security and humanitarian crisis we faced this year.”

U.S. Customs and Border Protection said this week that arrests at the U.S.-Mexico border fell in September for the fourth month in the row.

It said there were just over 52,000 migrants either apprehended or encountered at the southwest border in September, down almost 65% from a peak in May of 144,000.

The bulk of arriving migrants are from Central America, many of them families, fleeing situations of violence and poverty at home and often seeking asylum in the United States.