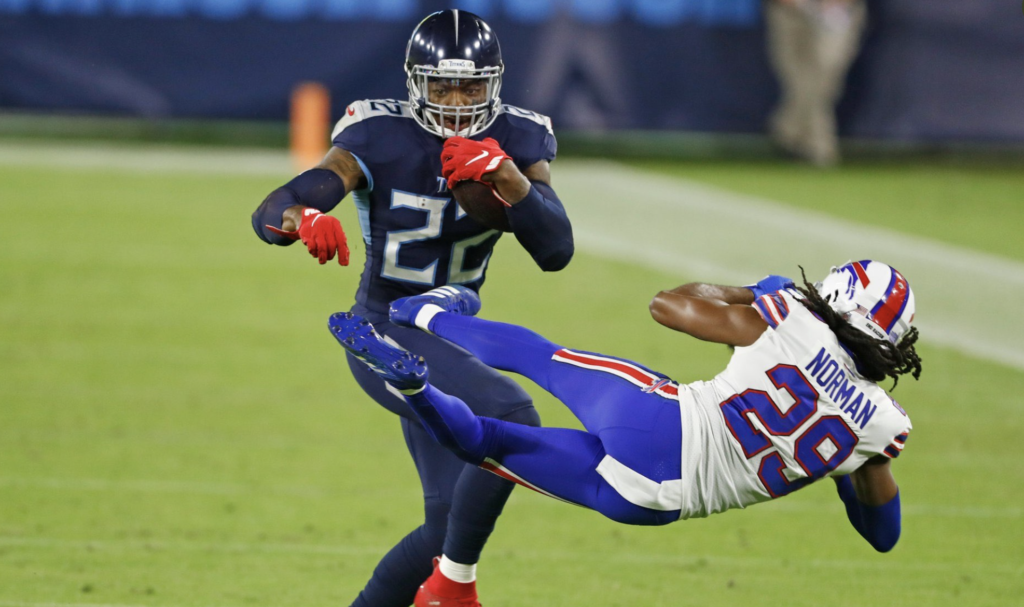 When This Happens, It’s Time To Retire

Tennessee Titans running back Derrick Henry stiff armed Buffalo Bills cornerback Josh Norman with such force on Tuesday night, rumor has it Norman is still floating in the stratosphere somewhere. Almost more impressive than Henry shoving Norman out of his way with so much power was that he made it look effortless.

Norman, at 6-feet and 200 pounds, was no match for Henry, who is 6-3 and 247 pounds. After the game, Henry was asked about the play and said it was partially a result of his focus on arms during his workouts.

“I have been doing too many curls,” he said said, according to Sports Illustrated. “I have to lay off the arms.”

Henry also said it’s now just a habit to stiff arm someone to get them out of his path.

“It just came natural to me because I have long arms,” Henry said. “So, that’s the first thing I use to break a tackle or get away from the defender. I’ve been doing it since I was a kid.”

Whatever you’re doing Derrick, clearly it’s working. And Twitter is loving it. Here are the best memes and jokes that were made around Henry’s move.