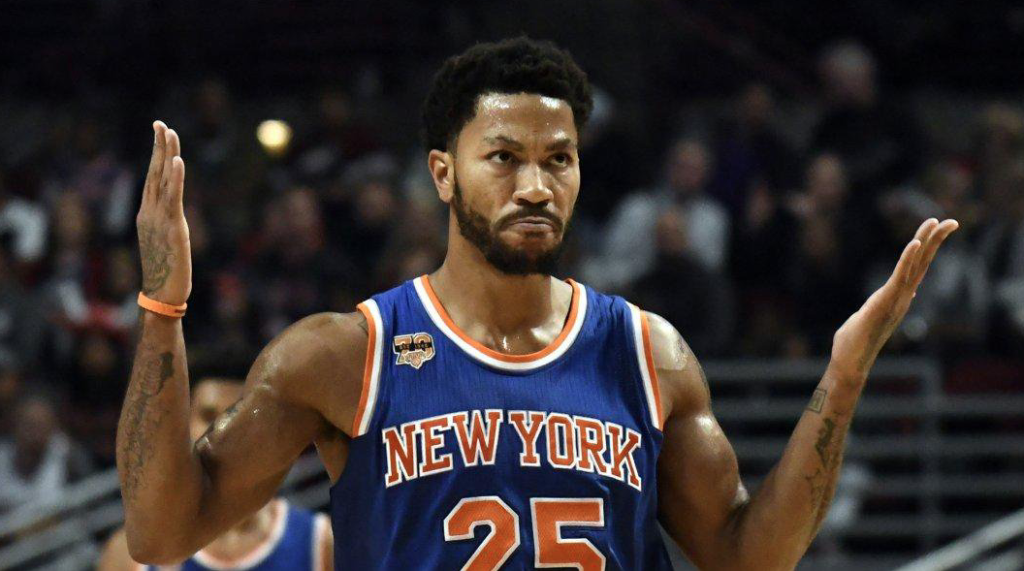 Where In The World Is Derrick Rose?

The Knicks would not comment on Rose’s whereabouts or anything else about his absence, though center Joakim Noah said after the game that he had spoken to Rose, and his longtime Chicago teammate was OK.

“Obviously, Derrick’s one of our better players and when he’s not here it’s tough, but just happy that everything is OK with him,” Noah said.

Noah didn’t provide any details of their conversation.

Rose practiced with the team during its morning shootaround, and coach Jeff Hornacek gave no indication shortly before the game that the point guard would not be available.

Brandon Jennings started at the point, with the Knicks saying only that Rose was not with the team. Even New York players weren’t aware of the details after the team’s 110-96 loss to the Pelicans.

“We don’t know what is going on,” forward Kristaps Porzingis said. “I hope Derrick is fine. I have zero information about what is going on. So hopefully they tell me something as soon as possible because this is … weird and everybody is worried.”

Rose has played in 33 of 37 games during his first season with the Knicks, averaging 17.3 points. He didn’t play in the fourth quarters of their games at Milwaukee and Indiana last weekend, though Hornacek said those benchings weren’t an issue.

Hornacek said the Knicks couldn’t provide any further information until the team had heard from Rose himself, but did say he expected the 2011 NBA MVP back at some point.

“Everything will become clear later on,” Hornacek said. “We want to respect whatever he’s going through and we’re just not going to comment about it.”

Rose is in his first season with the Knicks, who acquired him from Chicago on the eve of the NBA draft in June. He will be a free agent after this season.