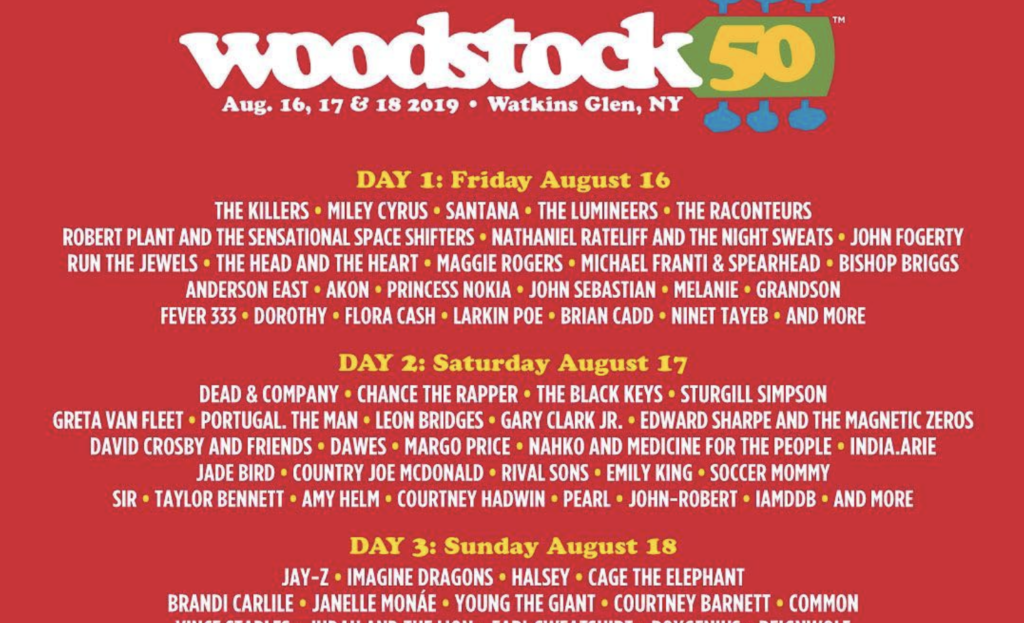 Woodstock Turns 50 and You Get the Gifts

Jay-Z, Dead & Company, the Black Keys, Chance the Rapper, Miley Cyrus, Imagine Dragons and Halsey are among the headliners announced for the Woodstock 50 festival, producer Michael Lang confirmed at a press conference today. The event will take place August 16-18 in Watkins Glen in upstate New York.

The bill does include more than a half-dozen artists who performed at the original 1969 festival, including Santana, John Fogerty of Creedence Clearwater Revival, John Sebastian, CSNY’s David Crosby, Melanie, Country Joe McDonald and Canned Heat.

“It’s no one age group or genre, it’s not monolithic – anyone who loves music and loves love would enjoy this,” Common said at the press conference.