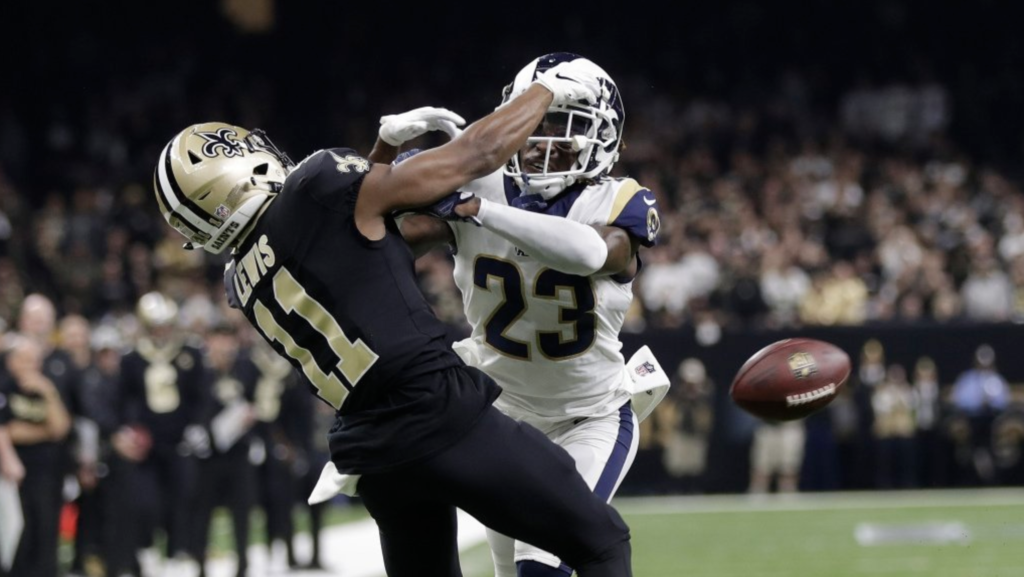 Saints head coach Sean Payton said the NFL’s head of officials told him the officials “blew the call” by not penalizing the Los Angeles Rams for pass interference late in the fourth quarter of Sunday’s NFC Championship Game.

And Payton said he and the team will “probably never get over it” after the Rams went on to win 26-23 in overtime.

“For a call like that not to be made, man, it’s just hard to swallow. And then to get a phone call …” Payton said, trailing off. He added: “We spoke initially, then I called to follow up. And the first thing [head of officials Alberto Riveron] said when I got on the phone — ‘We messed it up.’

“Listen, it’s a hard job for those guys ’cause it’s happening fast. But I don’t know if there was ever a more obvious pass interference call that — here it is, the NFC Championship Game. So, it’s a tough one to swallow.”

The no-call came with 1:45 remaining on a third-and-10 play from the Rams’ 13-yard line, with the score tied 20-20. Rams cornerback Nickell Robey-Coleman appeared to run into Saints receiver Tommylee Lewis and make helmet-to-helmet contact before the ball arrived — sending the raucous Superdome crowd into a chorus of boos when no flag was thrown.

“It was simple. They blew the call. They said it should never have not been a call,” Payton said of the explanation he received. “They said not only was it interference, it was helmet-to-helmet. They just — they couldn’t believe it.”

Payton later said it was the type of foul you’d call “if we were playing pickup football in the backyard.”

Robey-Coleman admitted he briefly thought the flag would come out but that an official on the field told him he suspected the ball was tipped, which replays clearly showed was not the case.

“I thought it was for a split-second; but the ref got up — when I got up, he said, ‘Incomplete,’ so I just was like, ‘Thank you,'” the cornerback said. “I didn’t look back at the ball. I didn’t play the ball. If I had played the ball, then it would’ve been a different story. … And then the ref said, like, it looked it was a tip. Like, it was, like, tipped. So I was like, ‘OK, cool.'”

Asked if he thought it was tipped, Robey-Coleman told ESPN: “Initially I didn’t think they tipped the ball because I can’t even look at the quarterback at that time. I’m too busy running to my guy, and then I just seen his hands go up — that’s what made me hit him.”

Lewis said the referees didn’t say anything to him about the play.

The Saints settled for a field goal, then the Rams quickly marched downfield for a game-tying field goal late in regulation. Rams kicker Greg Zuerlein later kicked the game-winning, 57-yard field goal in overtime after Drew Brees was pressured into an interception.

“Obviously, it’s a disappointing way to lose a game. Frustrating,” Payton said to start his postgame news conference. “And, man — there were a lot of opportunities, though — but that call puts it first-and-10, we’re on a knee three plays, and it’s a game-changing call.

“So what do you do? You get back up, and you got to work. This will be a tough one for these players, for the coaches. … But it happened, though, so we can’t dwell on it. And we’ll probably never get over it.”

Brees said the Saints were initially able to pick themselves up to finish the game, but New Orleans will have a lot of time during the offseason to consider what might have been.

“Plenty of times throughout the season, there’s calls that go against you or go for you, or they miss or they didn’t,” the quarterback said. “But obviously, in a situation like that — where it seemed like everybody in the world saw it — it’s tough. It’s tough.”