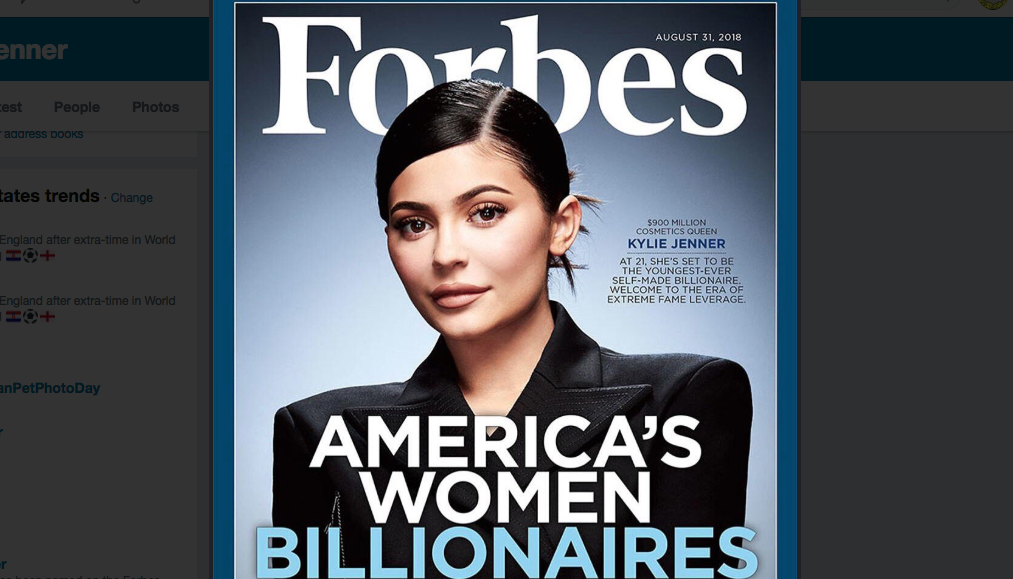 Wow! Kylie Jenner is On Her Way To A Billion

Kylie Jenner, the youngest member of what Forbes calls the “Kardashian-Jenner industrial complex,” is on track to pass Facebook founder Mark Zuckerberg as the youngest self-made billionaire thanks to her 2-year-old Kylie Cosmetics enterprise.

Jenner, who turns 21 in August, appears on the cover of the financial magazine’s “America’s Women Billionaires” issue. The magazine estimates her worth at $900 million, on par with Jay-Z, the wealthiest man in hip-hop at age 48. (By comparison, they point out, Jenner’s half-sister Kim Kardashian West is worth approximately $350 million.)

The bulk of her income is derived from Kylie Cosmetics, best known for its lip kits. Forbes puts the company’s value at $800 million. And with no office (she works out of her mother’s home) and only seven full-time employees and five part-timers, it has very little overhead. Jenner is the sole owner, reaping all the profits. Manufacturing and packaging, sales, finance and public relations are all outsourced. “Momager” Kris handles her business affairs, taking a 10 percent cut.

The story also reports Jenner, who became a mom in February, has also earned several million from her share of E!’s “Keeping Up With the Kardashians” and endorsement deals with Puma and PacSun.

All together, Jenner’s earnings put her fourth in Forbes’ annual ranking of America’s richest self-made women. And within a year, they expect her to steal the title of youngest self-made billionaire from Mark Zuckerberg, who was closer to 23 when he passed that threshold, according to the story.

If you need us, we’ll be over here weeping over our 401(k) statements.