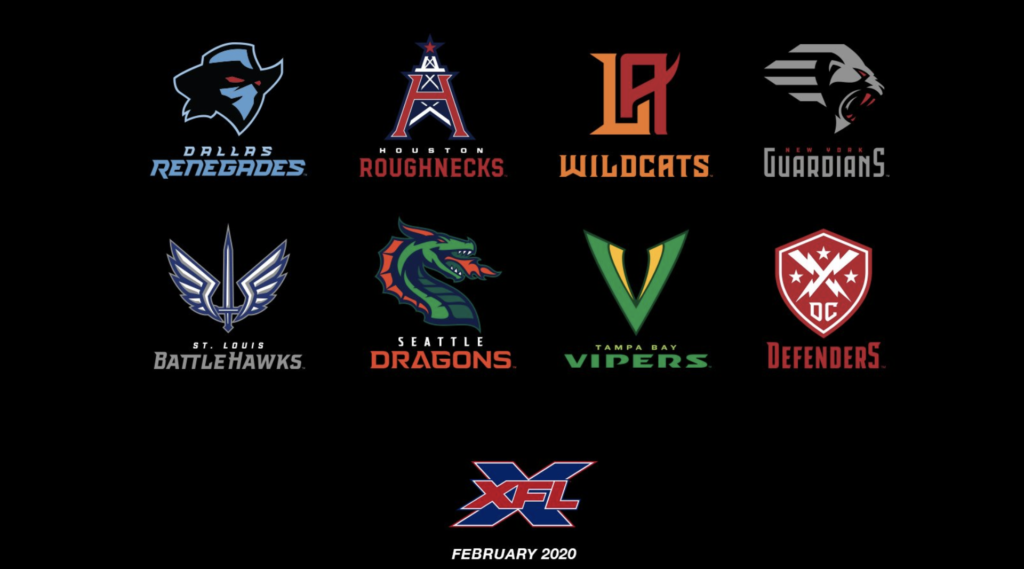 XFL is Back! Your City Got A Team or Nah?

The XFL revealed the names and logos for its eight teams Wednesday, a long-awaited step toward its February 2020 debut.

The names will be:

The XFL has spent the past two years determining team locations, signing stadium agreements and hiring head coaches. Its teams will play in a combination of NFL, MLB and MLS facilities. The league office has sent hundreds of draft pool invitations to prospective players and last month announced its first signing: veteran quarterback Landry Jones.

“We’re anxiously awaiting the Labor Day cuts that will take place where there will be another group of players available,” commissioner Oliver Luck said. “Things have gone as well as expected.”

Next up will be finalizing and publicizing a rulebook that the league says will offer a reimagined game of football, including unique extra points, a modified setup for overtime and a shorter play clock to accelerate game tempo.

A draft is scheduled for October, followed by a minicamp in December and training camp in January 2020.