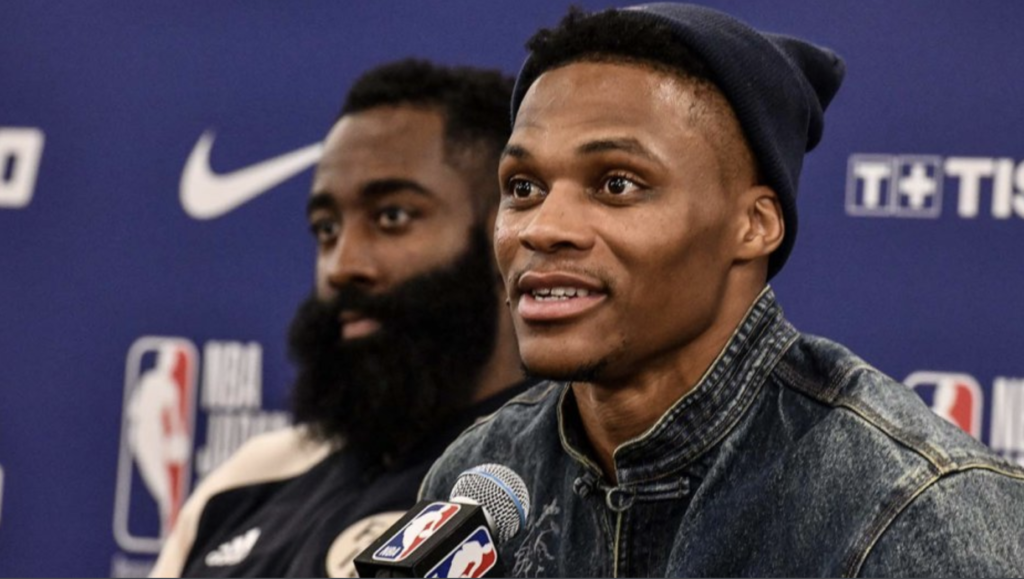 Journalist gets quickly shut down when she asked James Harden, Russell Westbrook if they would refrain from speaking out on politics/social justice after China debacle... pic.twitter.com/VkXSWo0N0s

You’ll Get No More Questions In China

The NBA said Friday that its players won’t be made available to the media for the rest of its China visit amid a rift that started when Houston Rockets general manager Daryl Morey posted a tweet last week that showed support for anti-government protesters in Hong Kong.

The Brooklyn Nets on Thursday beat the Los Angeles Lakers 114-111 in Shanghai after the Chinese government mandated that there be no media availability at the game. NBA commissioner Adam Silver also had to cancel a pre-game press conference.

The decision came after the NBA had on Wednesday postponed scheduled media sessions in Shanghai for the teams. Saturday’s game between the two teams in Shenzhen is still on the schedule, but the teams won’t get to talk to the press.

“We have decided not to hold media availability for our teams for the remainder of our trip in China,” the NBA said. “They have been placed into a complicated and unprecedented situation while abroad and we believe it would be unfair to ask them to address these matters in real time.”

The NBA’s apology for Morey’s tweet generated an avalanche of bipartisan criticism in the U.S. and beyond. Although Twitter is banned in China, word of the tweet went viral in the country. Control over Hong Kong is one of Beijing’s central propaganda priorities. Social media users — including organic users, as well as the usual government-backed trolls — immediately began calling for a Rockets boycott and for the NBA to reprimand Morey for having “hurt the feelings of the Chinese people.”

Several Chinese companies have suspended their partnership with the NBA in recent days, and Chinese state broadcaster CCTV decided not to broadcast the Lakers-Nets games.

CNN journalist Christina Macfarlane on Thursday was stopped as she tried to ask Rockets stars James Harden and Russell Westbrook about the ongoing China controversy at a press conference after a Toronto Raptors and Rockets game in Saitama, Japan.