Romney says he will ‘replace and supersede’ Obama’s immigration plan 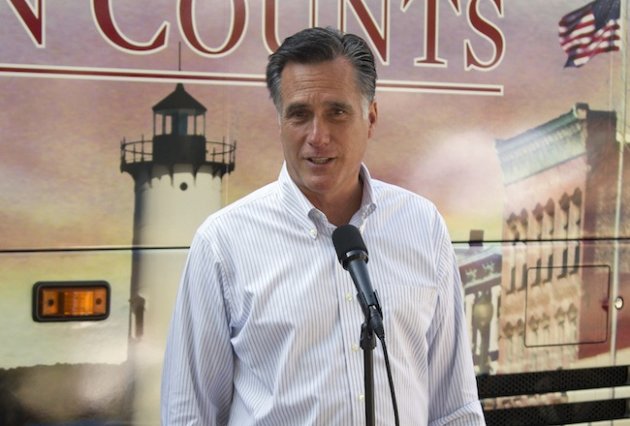 Mitt Romney criticized President Barack Obama’s immigration plan on Thursday, saying that as president, he would “put in place my own long-term solution that will replace and supersede the president’s temporary measure.” While that plan is still vague, it does not involve a path to legalization for any of the country’s estimated 11 million illegal immigrants except for people who enlist in the military, according to a release from the campaign.

“As president, I won’t settle for a stopgap measure,” he said during his speech to the National Association of Latino Elected and Appointed Officials (NALEO) Annual Conference in Orlando, Fla. “I will work with Republicans and Democrats to find a long-term solution. I will prioritize measures that strengthen legal immigration and make it easier. And I will address the problem of illegal immigration in a civil but resolute manner.”

In his speech, Romney said that he would make it easier for legal immigrants to bring their spouses and children to America, as well as beef up temporary work visas for low-skilled workers. He also reiterated that he thinks foreign students who get advanced degrees in America should be given green cards. Romney’s immigration plan also includes a “high tech fence” for the border and a national, mandatory employment verification system that would ensure that employers would not hire illegal immigrants.

Obama’s bombshell immigration announcement on Friday has forced Romney to address immigration head-on, instead of just emphasizing the recession’s impact on Latinos and reminding Latino audiences that Obama failed to pass immigration reform as he promised. Republicans and Romney surrogates have criticized the president’s decision to stay the deportation of young illegal immigrants as politically motivated, but before Thursday, Romney had repeatedly refused to say whether he would repeal the policy if elected president. Instead he criticized the move as being easily reversible and offering only a temporary solution. That’s a significant departure from Romney’s rhetoric during the primary, when he said he would strengthen the enforcement of immigration laws so that millions of the country’s illegal immigrants would “self deport.”