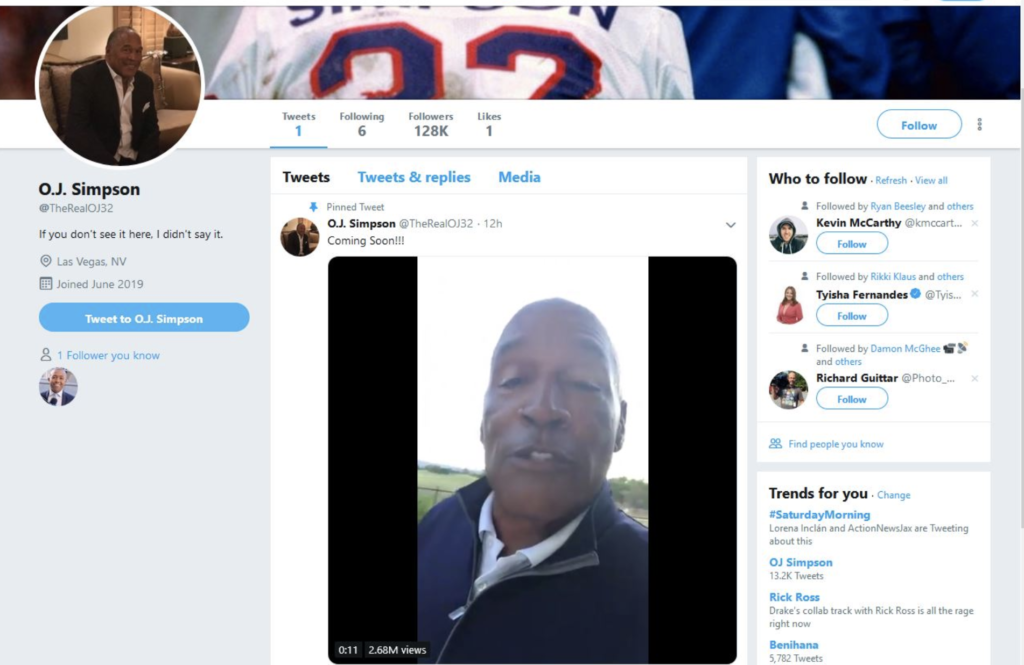 On the same day as O.J. Simpson joined Twitter for the first time, the 71-year-old former football player and convicted felon posted a video message to his account outlining how he intends to use the platform going forward.

“Hello Twitter world,” says Simpson at the top of the video. “You know, for years people have been able to say whatever they wanted to say about me, with no accountability,” he explains. “But now I can challenge a lot of that BS and set the record straight. More importantly, I’m able to talk about everything, especially sports and fantasy football and even politics.”

Simpson closed the video message with, “But for now, let me just say, to my fellow fathers out there, happy fathers day. God bless.”

His social media activation coincides with the 25th anniversary week of when Simpson was accused of murdering Nicole Brown Simpson and Ronald Goldman. He was ultimately acquitted by a highly publicized grand jury hearing, though would go on to serve a lengthy prison sentence for an armed robbery incident in Las Vegas in 2008.

Since his release in 2017, Simpson has been maintaining a low profile.