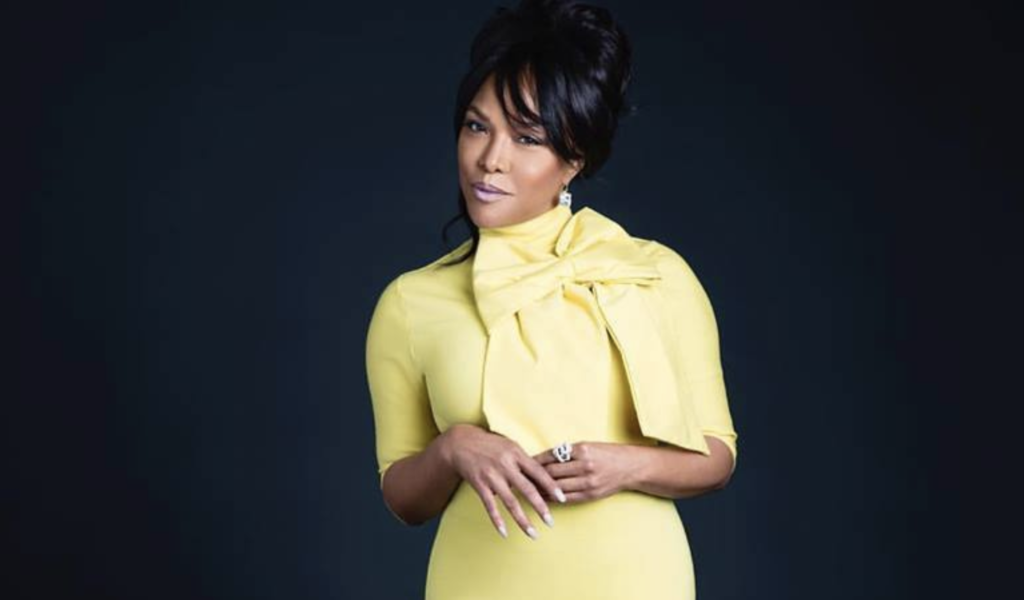 Why We Love Lady Mae. Lynn Whitfield Dishes on the Greenleaf Family Matriarch

Lynn Whitfield is no stranger to portraying powerful women. With a career spanning over 30 years she’s taken on iconic characters like Josephine Baker, Roz Batiste (Eve’s Bayou), and Lucielia “Ciel” Turner in The Women of Brewster Place where she first worked with Oprah Winfrey. “I’m doing a tv show on a black women’s network. The same woman I worked with over 25 years ago,” Whitfield said of Winfrey and the Greenleaf series.

Greenleaf is a drama centered around the first family of a mega church located in Memphis, Tennessee. The series started with Grace Greenleaf (Merele Dandridge) returning home after the suicide of her younger sister. Now in its 5th and final season, the show remains secure in the top spot for the OWN network with season 4 procuring the station as the number one cable network on Tuesday nights among African American women, households, and total viewers. Fans have been faithful stewards to the Greenleaf family drama watching the highs and lows that each family member experiences through betrayal, affairs, secrets, schemes and the united goal of keeping and maintaining both their family home and place of worship. But maybe none more so than Lady Mae who protects her family, her business and her church at all costs. The first lady has become a fan favorite who continuously steals the show with her quick witted one-liners that have become weekly social media trends and hashtags.

As Whittfield would tell The Trending Report, it’s the depths of Lady Mae’s character that she appreciates the most. “She’s a fully developed woman…a really interesting woman with lots of layers and facets. I enjoyed that from the very beginning in the very first season. I love that she’s a whole iconic thing all to herself!” Whitfield’s experience shines through as she embodies Lady Mae managing to make a complex character relatable. The audience gravitates to the non verbal communications as much as the popular one-liners. “Growing up there were times when my mother didn’t have to say anything and there would be a look. I’d know to straighten up. I don’t underestimate the audience. They get it. I can think it and show it with my actions and they will receive it. I can just look at Bishop (Keith David) and it will say, “Oh my God I love this man no matter what.” I don’t have to say it. You will just know it. Or, I can also say, “I will whip his ass and you will get that to.” Whitfield receives direct feedback from the fans as she communicates during the show via social media. “I love live tweeting and seeing what people have to say and how they respond to the one-liners,” one of her favorites being, ‘Looking like you’ve been rolled hard and put away wet.’ It’s an acceptance Whitfield didn’t necessarily know the character would receive. “However big your congregation, there are people with opinions and judgement. You’re always front and center and your life is just out there for the world to see. My hope with Greenleaf is that the audience has been able to see that the job of leadership is to lead folks to Christ but they are not God.” It was also this perception that originally attracted Whitfield to the role. She liked the idea of humanizing the head of the black church and showing the flaws and mistakes with the notion that it would enact timely conversations. “I felt like we needed to look at making the distinction that human beings are merely that – human. The job of a pastor is to lead you to God and foster your independent spiritual relationship with God, not to be idolized themselves.”

As the series comes to a close, Whitfield assures a gratifying ending. Greenleaf is “a classic story that will stand the test of time. Twenty years from now it will be relevant. The writing and messages of the show are universal, the themes are universal. We’ve created a piece of art that will be around for a long time. I think, prayerfully, we’ve fulfilled things in Lady Mae that will leave our audience feeling satisfied and fulfilled.

It’s no secret that a spin-off series is in the works. But will we see more Lady Mae? “I will never walk away from Lady Mae,” Whitfield says. “You won’t forget her and neither will I.”