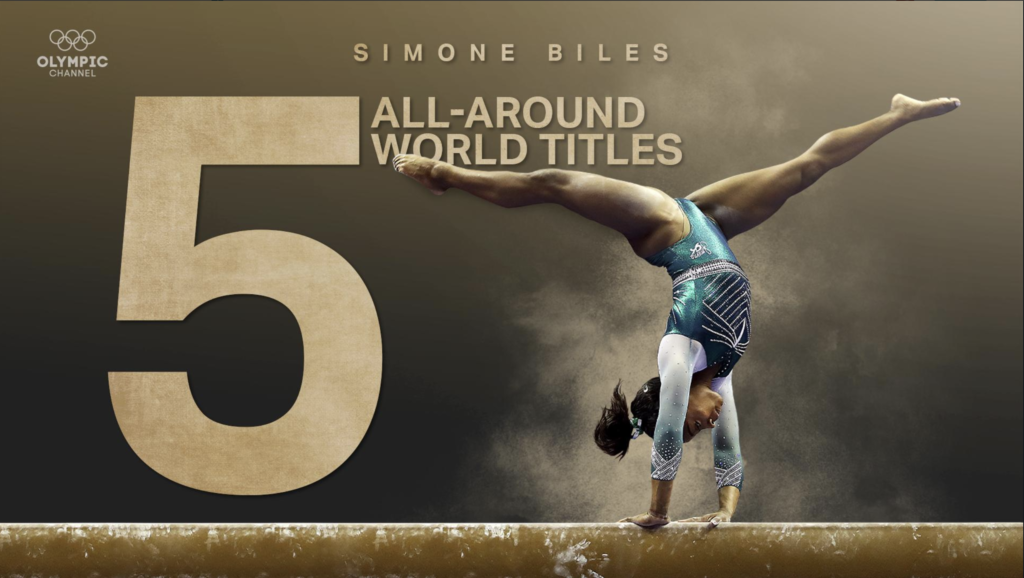 We Are Witnessing Greatness!!

Simone Biles is in record form.

Biles won gold on vault Saturday, her 23rd medal at the world gymnastics championships. That ties the record for most world medals, set by Vitaly Scherbo of Belarus – though Scherbo had two more events to collect them.

Biles is all but assured of having the worlds medal record to herself by the time the meet ends. She competes on uneven bars later Saturday, and is on the balance beam and floor exercise finals Sunday. She is the reigning world champion on floor and was the silver medalist on bars and bronze medalist on beam last year.

Biles scored a combined 15.399 for her two vaults, more than a half-point ahead of Carey.