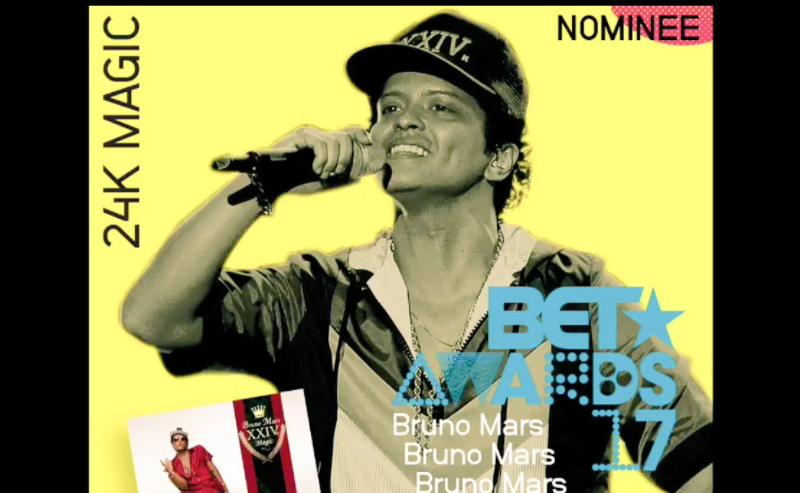 Bruno is Taking On Beyonce

The pop star is nominated for seven awards at the 2017 BET Awards, the network told The Associated Press on Monday. The show will take place June 25 at the Microsoft Theater in Los Angeles.

Beyonce, who won video of the year with “Formation” last year, is nominated for the top prize again with “Sorry.” Her competition includes her sister Solange (“Cranes In the Sky”); Mars’ playful “24K Magic”; Migos’ No. 1 hit “Bad and Boujee”; and Big Sean’s anthemic “Bounce Back.”

Beyonce and Solange – who has four nominations – will go head-to-head for best female R&B/pop artist, along with Rihanna, Mary J. Blige and Kehlani. Beyonce’s other nominations include album of the year for “Lemonade,” the viewer’s choice award and video director of the year. She’s nominated twice for best collaboration with the songs “Freedom” (with Kendrick Lamar) and “Shining” (shared with Jay Z and DJ Khaled).

The winners in the 19 categories, including film and sports awards, will be selected by BET’s Voting Academy, comprised of entertainment professionals and fans.

Mars, whose latest album was inspired by ’90s R&B, is also nominated for best male R&B/pop artist, album of the year, the viewer’s choice award and video director of the year.