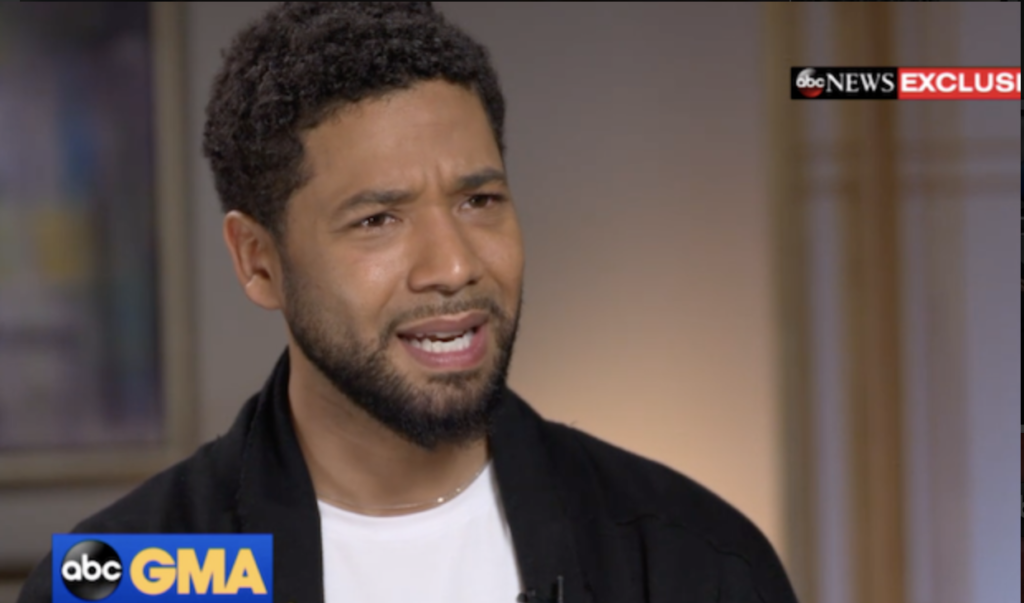 Actor Jussie Smollett said he was angry that some people doubted his statement that he was attacked outside his Chicago apartment in January.

Smollett, 36, an openly gay African-American who plays a gay character on the hip-hop drama “Empire,” made the comments in an interview with ABC News that is set to air on “Good Morning America” on Thursday. An interview clip was posted online.

Smollett told Chicago police he was attacked on Jan. 29 by two men who shouted racist and homophobic slurs at him and put a rope around his neck.

The news sparked outrage on social media, but some questioned Smollett’s account. The Chicago police have not found any surveillance video evidence and have made no arrests.

Chicago police said they are investigating the incident as a possible hate crime.