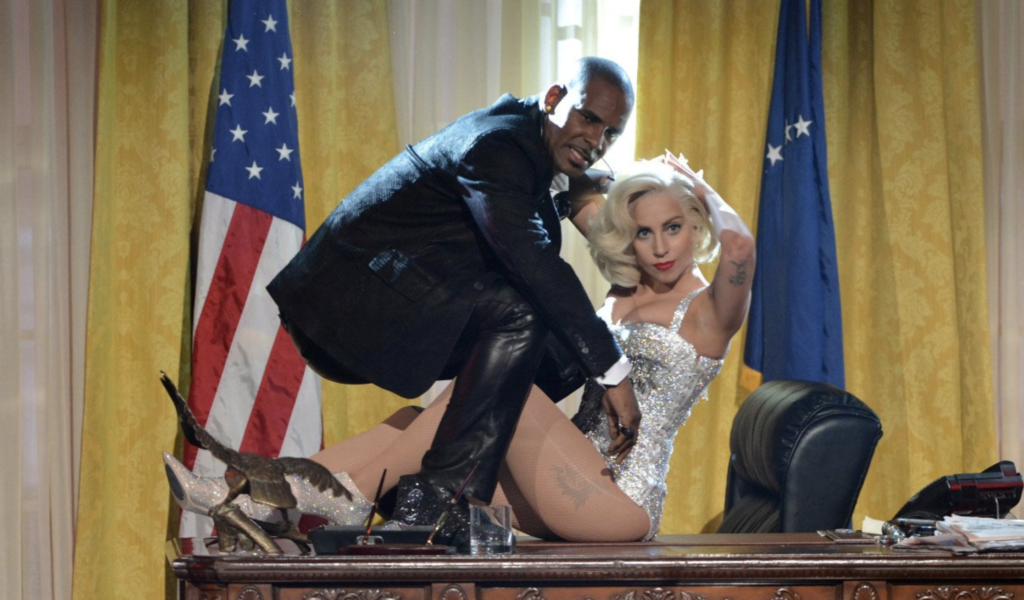 Lady Gaga has addressed her 2013 collaboration with R. Kelly in a tweet on Wednesday night, revealing that she is pulling the song “Do What U Want” from iTunes and streaming services. “I stand behind these women 1000%, believe them, know they are suffering and in pain and feel strongly that their voices should be heard and taken seriously.”

Referring to the Lifetime documentary series “Surviving R. Kelly,” Gaga continues:”What I am hearing about the allegations against R Kelly is absolutely horrifying and indefensible. As a victim of sexual assault myself, I made both the songs and video at a dark time in my life, my intention was to create something extremely defiant and provocative because I was angry and still hadn’t processed the trauma that had occurred in my own life.”

In Sept. 2015, Gaga released “‘Til It Happens to You,” the Oscar-nominated song to “The Hunting Ground,” a documentary about sexual assaults on college campuses. Relating the Kelly collaboration to her own experience, Gaga writes: “I think it’s clear how explicitly twisted my thinking was at the time. If I could go back and have a talk with my younger self I’d tell her to go through the therapy I have since then, so that I could understand the confused post-traumatic state that I was in-or if therapy was not available to me or anyone else in my situation-to seek help, and  speak openly and honestly as possible about what we’ve been through. I can’t go back, but I can go forward and continue to support women, men and people of all sexual identities, and of all races who are victims of sexual assault.”

“Do What U Want (With My Body), released in late 2013 and featured on the album “ARTPOP,” was also performed on the American Music Awards that year in a provocative display that nodded to Marilyn Monroe’s sexual relations with President John F. Kennedy (pictured above). “I intend to remove this song off iTunes and other streaming platforms and will not be working with him again,” Gaga wrote in her tweet.

While by early Thursday afternoon (ET) the song remained available for download on iTunes and Amazon and for streaming at Spotify, Apple Music, Amazon and Tidal, a source close to the situation noted to Varietythat the services are essentially distributors and the decision rests with Gaga’s label, Interscope Records, which owns the repertoire. The source noted that Interscope is expected to follow Gaga’s wishes.

R. Kelly remains signed to RCA Records, a subsidiary of Sony Music, though, according to insiders, it is expected that the company will part ways with the singer imminently.

According to Lifetime, “Surviving R. Kelly” was watched by an average of 2.1 million total viewers, factoring Nielsen live-plus-same-day ratings.

The series, which included interviews with #MeToo founder and civil rights activist Tarana Burke, musician John Legend and others, documents the decades of sexual abuse allegations against the R&B artist. It aired across three nights, starting on Thursday, Jan. 3, concluding on Saturday, Jan. 5.