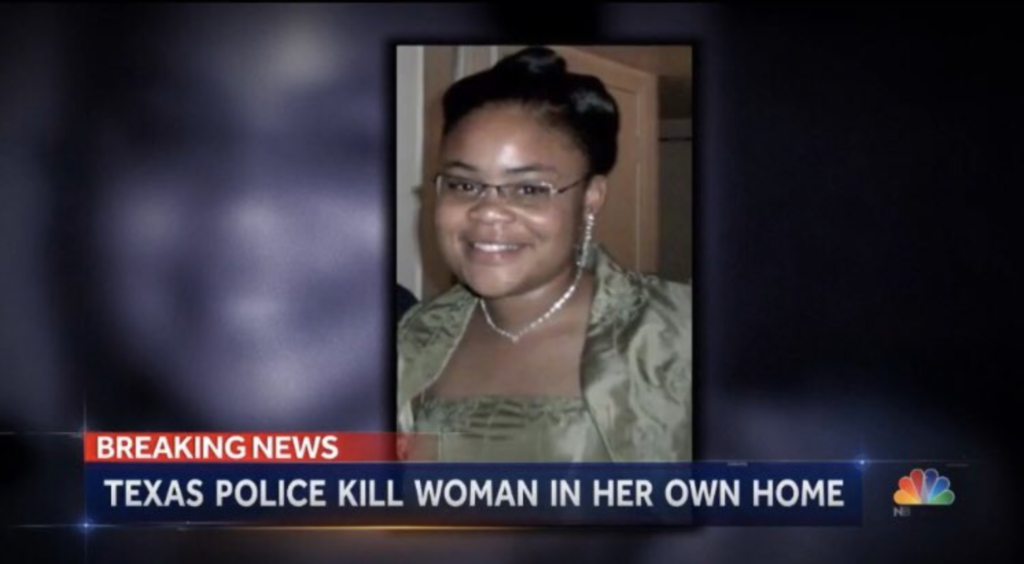 Murdered By Police, in Her Own Home

A Fort Worth police officer shot and killed a woman inside her own home early Saturday morning, CBS Dallas-Fort Worth reports. Just before 2:30 a.m., police responded to a welfare call in the Hillside Morningside neighborhood, where the front door to a residence was reported open.

When officers arrived, they searched the perimeter of the house and saw a person standing inside the residence, near a window.

In a statement released Saturday afternoon, the Fort Worth Police Department said an officer perceived a threat then drew his weapon. He fired one shot, striking and killing 28-year-old Atatiana Jefferson.

Jefferson was pronounced dead at the scene.

The officer — a white male who has been with FWPD since April 2018 — has been placed on administrative leave pending an investigation. His name has not been released.

Fort Worth Mayor Betsy Price released a statement she said was “tragic” to write. “A young woman has lost her life, leaving her family in unbelievable grief. All of Fort Worth must surround Atatiana Jefferson’s family with prayers, love and support,” Price said.

Price promised a “complete and thorough investigation” to be conducted by Police Chief Ed Kraus, which will then be forwarded to the Tarrant County District Attorney Law Enforcement Incident Team.