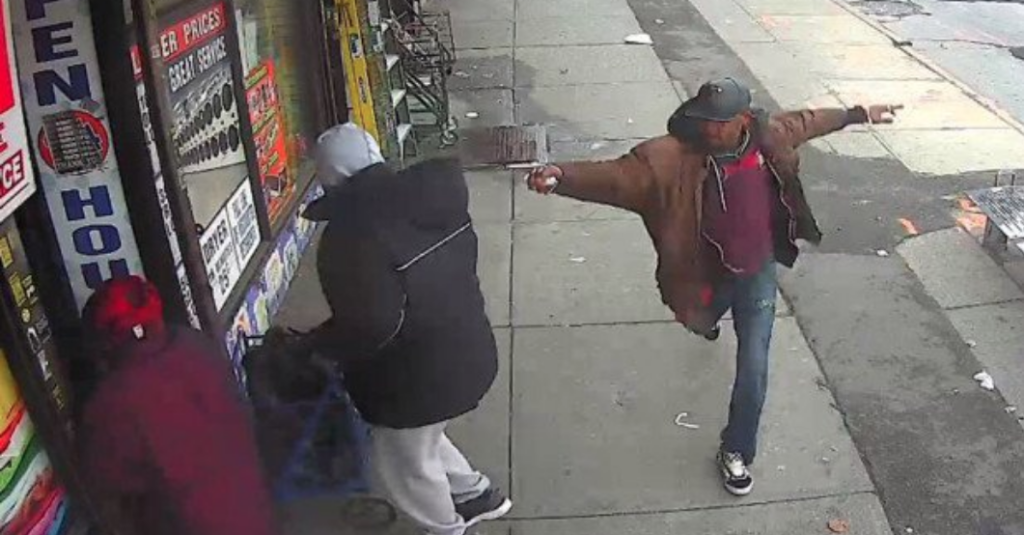 New York City police officers shot and killed a black man who was known to be mentally ill on a Brooklyn street corner on Wednesday afternoon after he pointed what the officers believed was a gun at them, the authorities said. The object, however, turned out to be a metal pipe with a knob on it.

The shooting drew a tense, charged crowd of dozens to the streets of Crown Heights. The Police Department had encountered the man before and classified him as emotionally disturbed, and the shooting raised questions about what the officers at the scene knew about him.

Five officers — three of them in street clothes, two in uniform — were responding to three 911 calls about a man threatening people with a silver gun near the corner of Montgomery Street and Utica Avenue in Crown Heights, Terence A. Monahan, the chief of department, said at a news conference. A law enforcement official who listened to one of the calls said a woman was frantically reporting that a man was pointing a gun at people.

The police found a man who matched descriptions from the 911 callers, Chief Monahan said.

“The suspect then took a two-handed shooting stance and pointed an object at the approaching officers,” Chief Monahan said.

Chief Monahan said four of the officers — the three in street clothes and one uniformed officer — fired 10 bullets in all. The man, identified by his father as Saheed Vassell, 34, was pronounced dead after being taken to Kings County Medical Center.

In an interview at his home late Wednesday night, Mr. Vassell’s father, Eric Vassell, said his son had bipolar disorder and had been admitted to the hospital multiple times in recent years, sometimes after encounters with the police. The younger Mr. Vassell, who was born in Jamaica and came to the United States when he was 6, lived with his family in a Crown Heights apartment and had worked as a welder. He also had a 15-year-old son.

Mr. Vassell’s father said he had never seen his son act as if he had a gun.

He would “just walk around the neighborhood and help people,” the father said.

Area residents said Mr. Vassell was a familiar figure on the corner and a caring father who begged for money in a nearby subway station and did odd jobs for shopkeepers. He loved to dance and was widely known to be mentally ill. People said he had a penchant for picking things up off the street — cigarette lighters, empty bottles and other curbside flotsam — and playing with them like toys.

The police said he had been arrested before and said officers had classified him as an emotionally disturbed person in previous encounters.

The police released blurry still images from surveillance videos — though not the videos themselves — showing a man with an outstretched arm and something in his hand. The police said the images showed him pointing an object that appeared to investigators to be a gun at people on the street and then pointing it in the officers’ direction after they arrived. They also released a picture of what the man turned out to have been holding: a slim, curved silver pipe with a cylindrical knob at the end of it.

The police did not answer questions about whether the officers had said anything before firing.

Dozens were still gathered at the scene late Wednesday and tempers flared hours after the shooting. “Murder!” some bystanders shouted at dozens of police officers behind yellow tape. Other crowd members wept at how this had happened on the 50th anniversary of the Rev. Dr. Martin Luther King Jr.’s assassination. Others spoke of wanting to riot. When darkness fell, a group of about 10 protesters arrived carrying Black Lives Matter signs.

Chief Monahan said the officers who fired had not been wearing body cameras. He said that the plainclothes officers were part of an anti-crime unit and that the uniformed officers belonged to the Strategic Response Group, which is assigned to major events and hot spots of crime. The names and races of the police officers were not released.