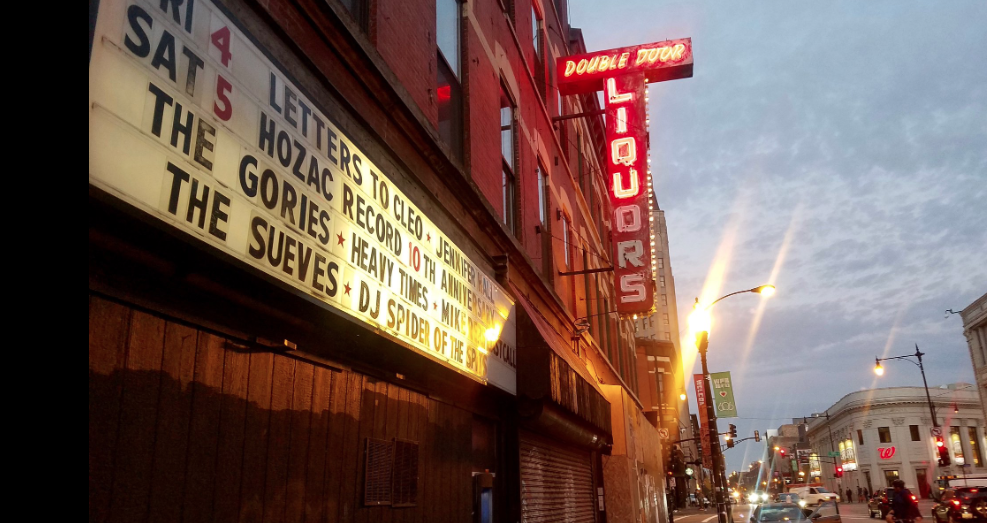 Say It Ain’t So

The Double Door, Chicago’s storied 550-capacity venue, has been evicted from its location on Milwaukee Avenue in the Wicker Park neighborhood after more than a year of litigation between the venue’s co-owners Sean Mulroney and Joe Shanahan and the building’s landlord Brian Strauss.

According to multiple reports this morning, the Cook County Sheriff’s department put a No Trespassing sign on the door and the locks were changed. This due to a legal dispute which allegedly stemmed from the Double Door’s owners failing to notify its landlords that they wanted to renew the lease. An appeal bond was set up that was never paid and resulted in the club’s shuttering.

As far back as last July, Mulroney had conceded defeat after a judge ordered them to vacate the premises. “They have the right to take it back [now],” he then told reporters outside the courtroom hearing.

The Double Door’s owners are reportedly looking to move into a bank building in nearby Logan Square which they plan to restore if they can get community approval. Meanwhile the Double Door’s website still lists events through April.

Billboard reached out for comment from the Double Door’s owners but did not hear back at press time.

The relatively small Double Door has had its share of major acts play there over the course of its 23 year history, including: the Rolling Stones, Kanye West, Kings of Leon, the Smashing Pumpkins, the Twilight Singers and Peter Hook among others. The venue was also used as a setting in films including High Fidelity and Chi-Raq and played a pivotal role in the emerging Chicago indie-rock scene that blossomed in the 90s.

Wicker Park, like many gentrified urban neighborhoods, has had its share of displacement and class-tension. Most visibly in 2002 when MTV based its Real World Chicago series in the neighborhood and disgruntled residents staged protests and tried to disrupt the production.

Last summer, when asked about the Double Door closing, co-owner Mulroney said, “If we’re not around it’s going to make a big difference to the neighborhood,” adding that he saw his venue in the same echelon of iconic rock clubs like CBGB’s in New York. “There are very few of us left,” he said.