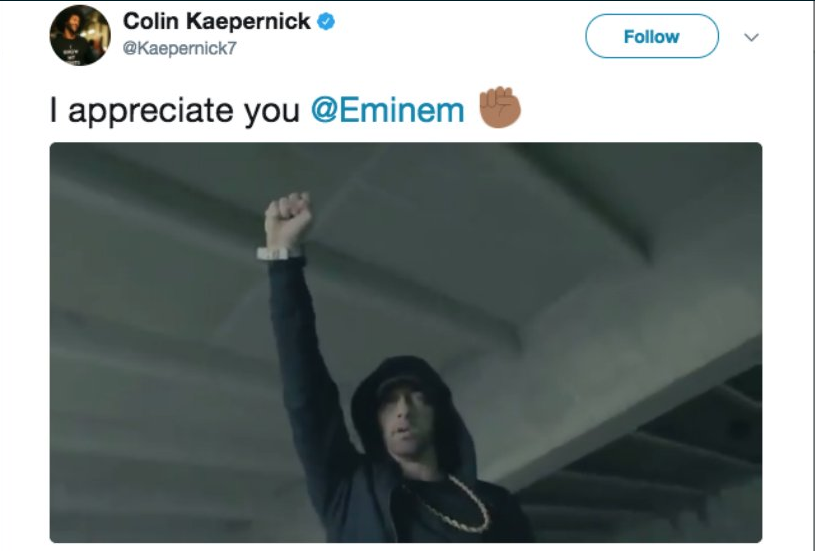 The FULL verse that EVERYBODY is talking about! @eminem BODIED THIS! #HipHopAwards pic.twitter.com/zoS0wEwjQF

Eminem has unleashed a lyrical tirade against President Donald Trump, saying he “came to stomp.”

The rapper took aim at Trump in a 4½-minute freestyle rap video that aired as part of BET’s Hip Hop Awards on Tuesday night. Eminem focused several times on Trump’s ongoing campaign against NFL national anthem protests, rapping: “so we focus on that instead of talking Puerto Rico or gun reform for Nevada. All these horrible tragedies and he’s bored and would rather cause a Twitter storm with the Packers.” Eminem also derided Trump as “a kamikaze who will probably cause a nuclear holocaust.”

Eminem closed the piece by saying people who don’t support the president love the military and the country, but “hate Trump.”

The White House didn’t immediately respond to a request for comment.