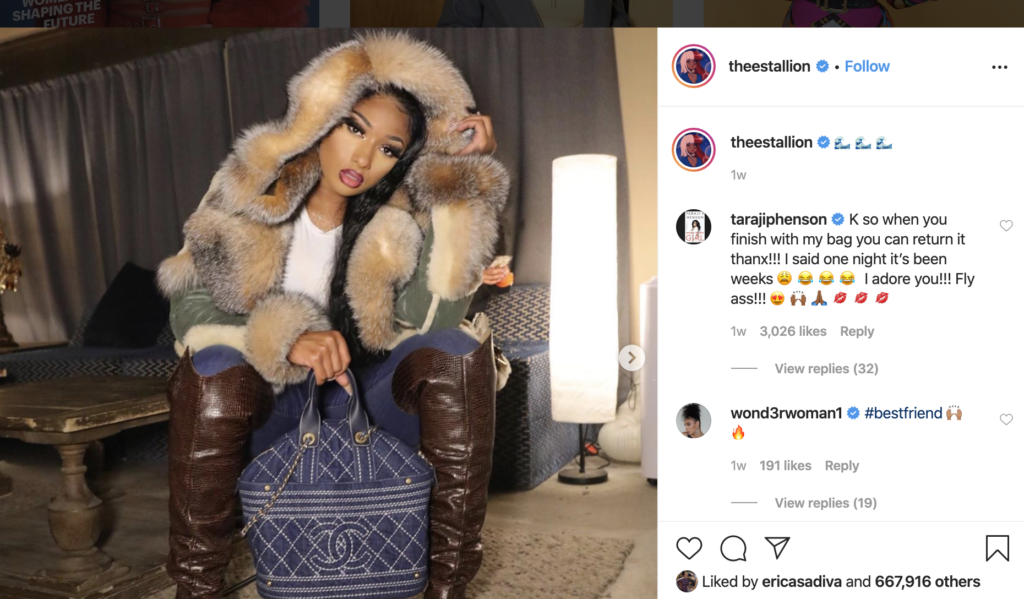 When Will Rappers Learn???

Houston-based rapper Megan Thee Stallion took to Instagram Live this past weekend to air a grievance with her label 1501 Certified Entertainment. She said she was told “she can’t drop no music” because as soon as she suggested that they “renegotiate [her] contract, everything went left, like, it just all went bad, it all went left.”

Meg wasn’t forthcoming with many details about her situation in that video, only saying that “when I signed, I didn’t really know what was in my contract. I was young. I was like 20, and I didn’t know everything that was in that contract.”

Speculation mounted as to whether this story would be another one of an artist who either didn’t know the terms of their contract, didn’t/couldn’t hire an attorney, or was being taken advantage of by their label.

Forget all that speculation now: as it turns out, she figured out what was in that contract, she hired an attorney, and she’s not going to be taken advantage of.

If there’s anything to learn since that video came out, it’s that Megan Thee Stallion does not play. Here’s why:

First, she figured out she signed a terrible deal. While the contract has yet to be made public, some terms have come out. Among them are that she signed a deal that provided for a 60 / 40 split of recording revenue and a 70 / 30 split on everything else. And after all of that, she went out of pocket on recording costs and received only a paltry $10,000 advance. (Note that 1501 has disputed this and claimed her live performance earnings—which they get a piece of—are being withheld.)

Second, despite whatever previous counsel she may or may not have had, she’s now hired attorney Richard S. Busch. Busch is the heavy-hitting lawyer who represented Marvin Gaye’s Estate in its copyright infringement suit against Robin Thicke and Pharrell over “Blurred Lines.” That victory won his clients a $7.3M judgment. It’s clear that Busch, like Megan, plays to win.

Third—and most importantly—Megan’s already won the first round in her fight against 1501’s owner, Carl Crawford, the MLB left-fielder who started the label after retiring from baseball. The terms are stunning, even for terrible production deals. She called her contract “unconscionable,” and as a result, a Federal Court granted a temporary restraining order in her favor.

What makes this initial victory such a big win for Meg (and for other recording artists) is that the court is letting her release the music. Ordinarily, the question of ownership is clear. Production deals like this lock up the artist’s recordings and take away their control. In any other case, this would weigh against the artist: if they gave away their rights, any release of the music (even a sanctioned leak) would harm their label, not them.

But 1501 apparently did not take full ownership. As a result, Meg could show the court that her plans were in jeopardy because of 1501’s resistance. And by granting the restraining order, the court suggested that the deal she signed was so bad that she might still win when the case goes to trial.

The importance of this ruling cannot be overstated: despite it being only a temporary ruling, the court suggested that Meg might be able to void her contract. Imagine that: an artist finally able to show that a label has too much control, their terms are terrible, and it matters the artist was young, or perhaps ill-advised, and without a lawyer.