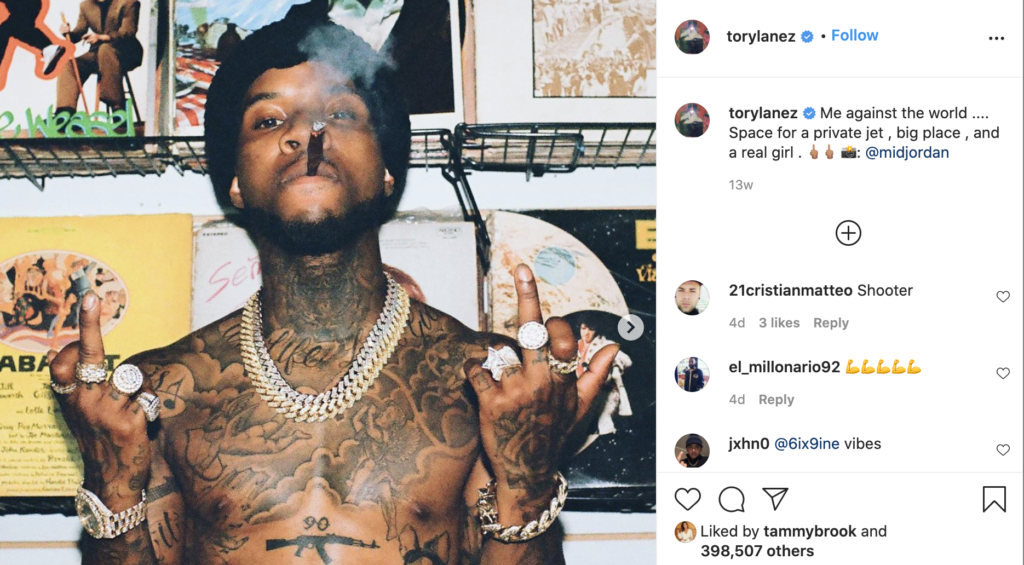 Canadian rapper and singer Tory Lanez was charged Thursday with shooting Megan Thee Stallion, Los Angeles County prosecutors said. Lanez, whose legal name is Daystar Peterson, is facing one count of assault with a semiautomatic firearm and one count of carrying a loaded, concealed firearm in a vehicle, the Los Angeles County District Attorney’s Office said in a statement.

Lanez, then 27, was riding in a SUV in Hollywood Hills on July 12 when he got into an argument with a 25-year-old woman, prosecutors said in the statement. He is accused of shooting at her feet several times when she exited the car and wounding her, the statement said.Megan Thee Stallion, whose real name is Megan Jovon Ruth Pete, is identified as “Megan P” in the criminal complaint.

CNN has reached out to representatives for Lanez and Megan Thee Stallion for comment.In August, the “Savage” star publicly accused Lanez of shooting her in the feet. She talked about the July incident during an Instagram Live on her verified account. She also posted a graphic photo of her wound, which she later deleted.

She had talked on social media about the “super scary” shooting and thanked her fans for their support but initially didn’t named the person she says shot her.An arraignment for Lanez is scheduled on October 13. If convicted on both charges, Lanez could face a maximum sentence of 22 years and eight months in state prison.