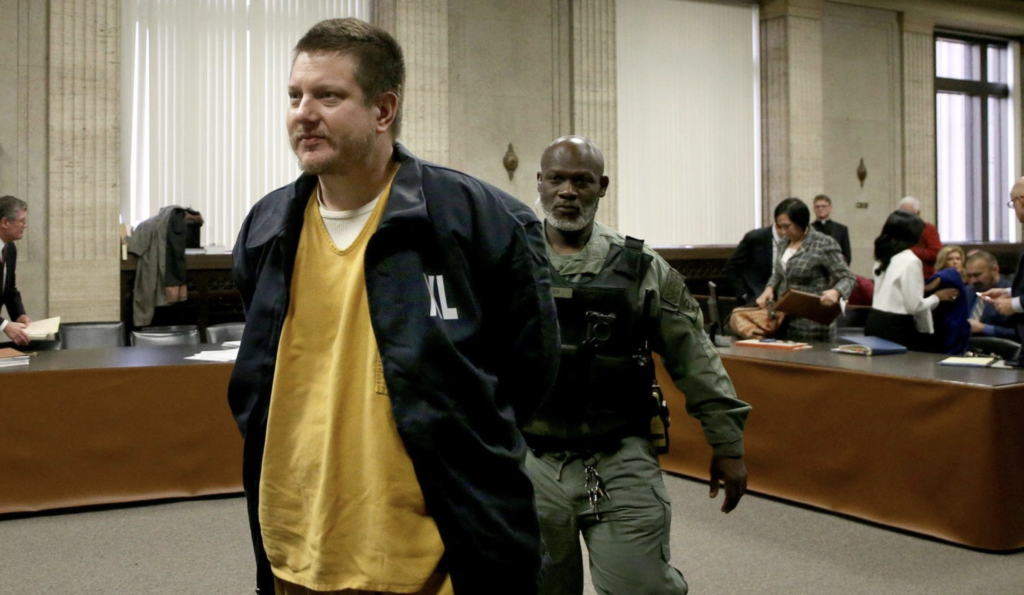 16 Shots and A Murder Only Gets 6 Years in Chicago

After a jury convicted Van Dyke, 40, of second-degree murder last fall, Cook County Circuit Court Judge Vincent Gaughan sentenced him to 81 months in prison and said he would have to serve at least two years before he was eligible for parole.

Activists wanted a longer sentence. Van Dyke could have received up to 20 years in prison for second-degree murder and up to 30 years for each of 16 counts of aggravated battery – one count for each shot he fired at 17-year-old McDonald, who was carrying a knife.

During sentencing, Van Dyke sat expressionless, unshaven and wearing a yellow-orange jail uniform. In a statement he read before the sentence, Van Dyke, said he was scared of McDonald and called the shooting “the worst day of my life.”

“The last thing I wanted to do was shoot Laquan McDonald.”

Prosecutor Joseph McMahon, who had sought between 18 and 20 years, said he was satisfied with the sentence. “There’s nothing to celebrate here. … There is no good outcome. This is a tragedy on so many different levels,” McMahon said.

The verdict in October marked the first time an on-duty Chicago police officer was criminally convicted for the killing of a black person and touched off celebratory street demonstrations in Chicago.

The release of a police dashboard camera video, compelled by a lawsuit more than a year after the Oct. 20, 2014, shooting, ignited protests.

The ensuing firestorm over the case prompted the dismissal of the city’s police superintendent and calls for Chicago Mayor Rahm Emanuel to resign. Emanuel is not seeking a third term in next month’s mayoral election.

His office on Friday called for unity and said work to reform the Chicago Police Department would continue.

Police killings of mostly unarmed black men and teens elsewhere in the United States helped fuel the Black Lives Matter movement and were a topic of the 2016 U.S. presidential campaign.

Gaughan did not sentence Van Dyke for the aggravated battery conviction, explaining second-degree murder was the more serious crime.

The hearing came a day after another judge acquitted three of Van Dyke’s former police colleagues of conspiring to protect him after he killed McDonald, saying the prosecution lacked evidence.

Prosecutors showed the video of the shooting repeatedly during Van Dyke’s three-week trial. Jurors said they faulted Van Dyke for escalating the incident when he could have waited for an officer with a non-lethal Taser weapon.

The altercation began with a call that a knife-wielding man was trying to break into trucks to steal radios. Van Dyke argued that the angle of the video did not show his point of view.

Prosecution witnesses testified that Van Dyke was violent and swore at them during traffic stops. State witness Edward Nance, who is black, said through tears he had required surgery for both shoulders after Van Dyke pulled him over and slammed him against his car in 2007. Nance was later awarded $350,000 in a federal lawsuit over the incident.

Van Dyke’s relatives described the former officer as a great father and husband, gentle and not racist.