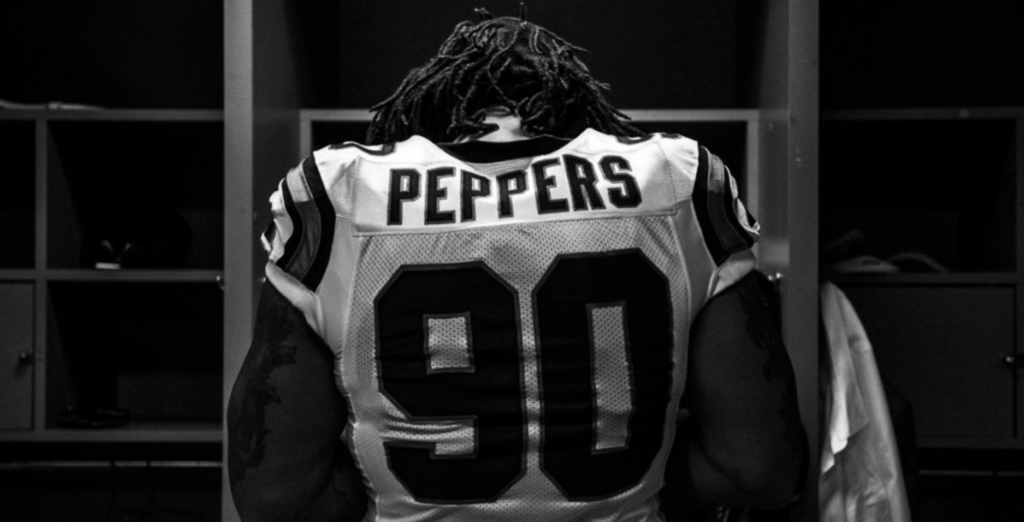 Julius Peppers has something to say... pic.twitter.com/VKGjFmlWum

After 17 Years It’s Time To Call It A Career

Julius Peppers is calling it a career.

The Carolina Panthers defensive end announced his decision via The Players Tribune on Friday. The team later confirmed the news.

“Seventeen years is a long time to be playing this game,” Peppers said in the Players Tribune post. “It’s two careers for a lot of people. I’m thankful that I have been able to play so long and still be healthy. I’m not all banged up and beaten down. I still feel good.

“But as much as I would love to play forever, I know that I can’t. It’s gotta end at some point. That point is now. Today, I’m retiring.”

The three-time AP First Team All-Pro and nine-time Pro Bowler logged time with the Panthers, Bears and Packers over his 17-year NFL career. He ranks fourth in NFL history with 159.5 career sacks, including a franchise-record 97 in Carolina. With 11 interceptions, he is the only player in league history to record both 150 sacks and 10 interceptions.

In addition to his Hall of Fame-worthy accomplishments on the field, Peppers has made an immense impact off the field during his lengthy career.

“Julius is one of the greatest to ever play the game of football,” head coach Ron Rivera said. “To put up the numbers he did for as long as he did speaks to his incredible talent and commitment. He is a leader in the locker room and in the community. Getting to know him over the last two seasons has been tremendous because of the type of person he is. What he did for the people affected by Hurricane Florence, getting involved and bringing them hope, says a lot about him. I’m proud that I get to say that I was one of his coaches, and I think it’s fitting that he gets to end his career as a Carolina Panther.”

Peppers is the Panthers’ nominee for the 2018 Walter Payton Man of the Year Award for his work during Hurricane Florence. The award recipient will be announced on Saturday during NFL Honors on CBS.