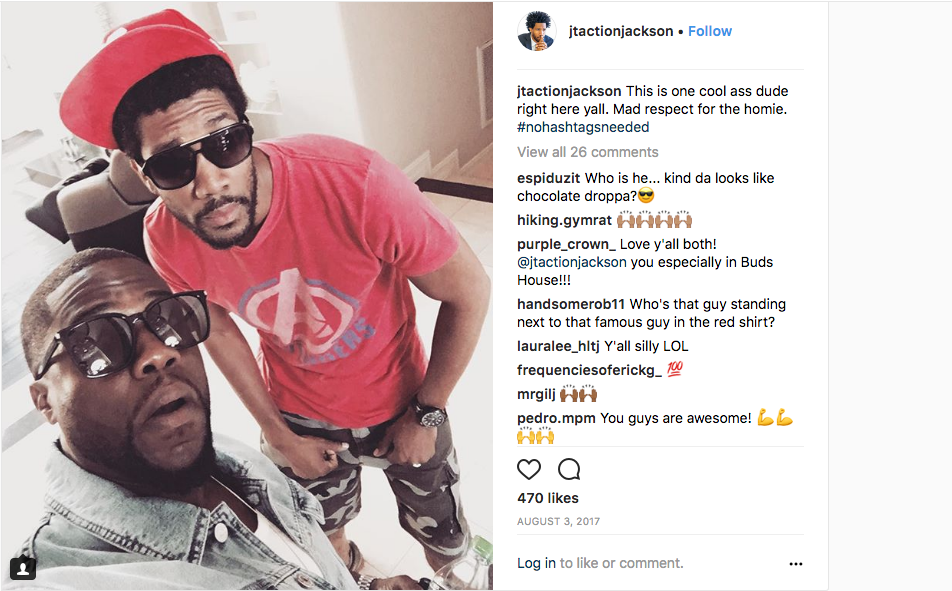 Be Careful Who You Call Your Friend!

Police arrested Jonathan Todd Jackson, 41, on Monday, according to a statement from the L.A. County District Attorney’s office. He is expected to be arraigned on charges of attempted extortion and extortion by threatening letter today.

Authorities say Jackson, also known as J.T. and Action Jackson, attempted to force Hart to pay him an undisclosed sum between Aug. 25 and 30 last year in exchange for keeping an extramarital sex tape under wraps. Jackson allegedly shopped the tape around to various news outlets before TMZ published a version of the video in September last year.

In the clip, Hart can be seen cuddling up with Montia Sabbag, who TMZ reported is a stripper, at a Las Vegas club. Later, the video switches to a shot that appears to show a couple having sex in a hotel room.

Hart later apologized to his wife and children for the incident online, saying that he “made a bad error in judgement.” His wife was pregnant with son Kenzo at the time.

“I put myself in a bad environment where only bad things can happen and they did,” Hart said. “And in doing that I know that I’m going to hurt the people closest to me, who I’ve talked to and apologized to. That would be my wife and my kids.”

Jackson, an actor, actually has a history with Hart. They worked together on the 2014 hit, Think Like a Man Too. Aside from that film, Jackson has also appeared in CBS’ series, S.W.A.T., as well as the 2017 Marlon Wayans flick, Naked. There is even at least one photo of the two mugging together on Jackson’s Instagram page.

“This is one cool ass dude right here yall,” Jackson captioned the photo. “Mad respect for the homie.”

Hart, meanwhile, commented online about the situation following Jackson’s arrest, writing on Twitter that he is “at a lost [sic] for words and simply in complete disbelief at the moment.”