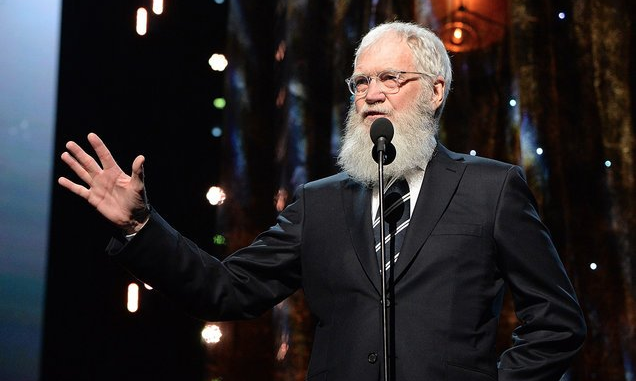 “No one from his generation influenced American comedy more,” Kimmel said of the late-night host.

“When Dave left 17 long months ago, we had no idea how much trouble we were in. I look at what’s going on now and I think this is your [Letterman’s] fault. All of it. Everything was fine until you went off the air. You abandoned us. You went out for a pack of cigarettes and left us to live with an abusive orange stepfather.”

Six months after Letterman helped induct Pearl Jam into the Rock and Roll Hall of Fame, Vedder was on hand at the Mark Twain Prize to perform “Keep Me in Your Heart,” a song by Letterman’s good friend Warren Zevon, who died in 2003, NPR reports. The Pearl Jam singer performed the song alongside Shaffer.