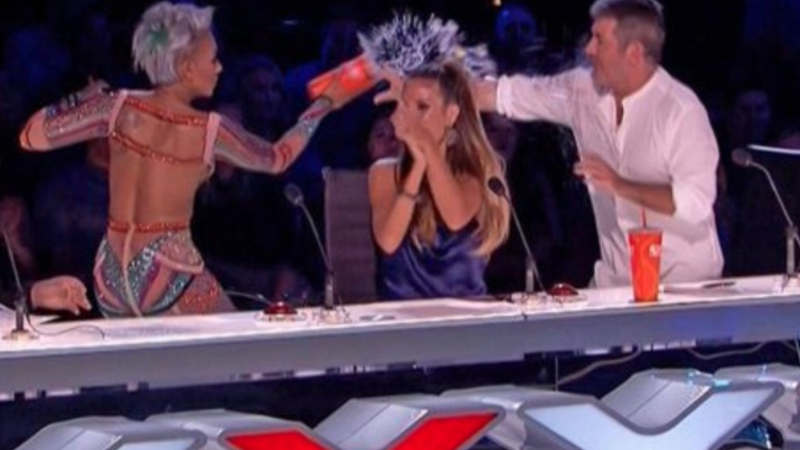 Jokes About Failed Marriages Can Be Touchy

Melanie “Mel B” Brown stormed off the America’s Got Talent stage Tuesday night after fellow judge Simon Cowell made a crude joke about her wedding night.

The incident comes as the former Spice Girl is in the middle of a divorce from estranged husband Stephen Belafonte.

Cowell, 57, made a poorly timed jibe after a magician suffered a technical malfunction during his performance.

“I kind of imagine this would be like Mel B’s wedding night,” Cowell said. “A lot of anticipation, not much promise or delivery.”

Brown did not appreciate the comment and proceeded to fling her glass of water at Cowell before walking out of the studio live on air.

PEOPLE confirmed in July that Brown was previously ordered to pay Belafonte $40,000 per month in temporary spousal support.

The singer filed for divorce in March after nearly 10 years of marriage and asked for joint legal and physical custody of their 5-year-old daughter, Madison. She also requested to terminate the court’s ability to award spousal support in her filing.