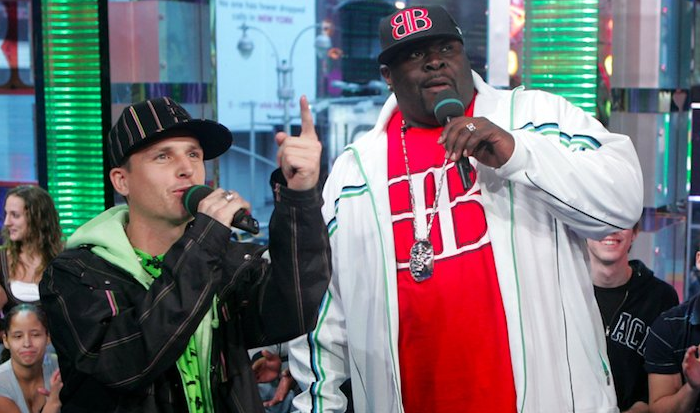 Christopher “Big Black” Boykin, who memorably starred on the MTV series Rob and Big, has died. He was 45.

“MTV is deeply saddened to learn the news of Christopher ‘Big Black’ Boykin’s passing,” the network said in a statement. “He was a long time and beloved member of the MTV family and will be greatly missed. Our thoughts and prayers go out to his family and friends at this time.”

The MTV star’s representative confirmed to People that Big passed away on Tuesday morning; the cause of death was a heart attack. He is survived by a nine-year-old daughter Isis Rae Boykin. TMZ was first to report the news.

The MTV audience first met Big when he starred opposite his best friend Rob Dyrdek on Rob and Big. The program aired from 2006 to 2008 and followed the buds as they became video game characters, placed bets on turtle races and attempted to break every earthly skateboarding record. Big subsequently appeared on Fantasy Factory, Ridiculousness and Guy Code.