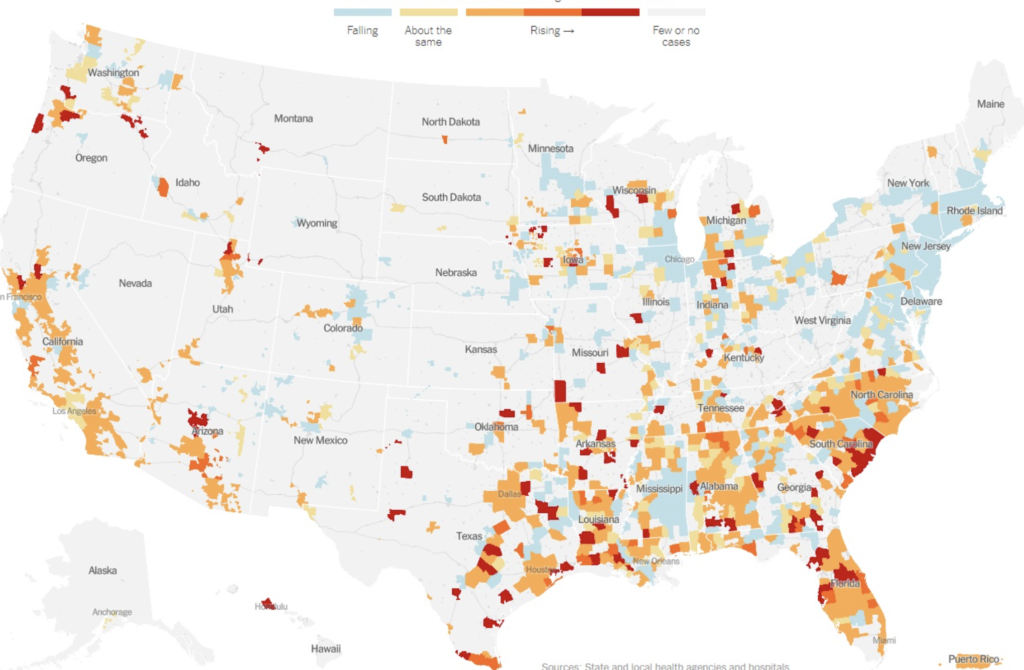 Florida reported over 2,600 new cases on Wednesday and Arizona more than 1,800 – the second-highest daily increase for both states.

In Arizona, 83% of intensive care beds are occupied, a record high, according to a state website.

In Florida, some of the increase has been linked to reopened bars, where people anxious to get out after months of seclusion crowded together indoors, making for easy virus transmission.

Texas has also pointed to bars as one cause of its current outbreak. In Oregon, over 200 new cases are tied to events at a single church.

Oklahoma, where cases are rapidly rising, is bracing for President Donald Trump to hold an indoor rally on Saturday. The virus spreads more efficiently in crowded enclosed spaces.

Vice President Mike Pence on Tuesday said officials were considering other, possibly outdoor, venues for the Tulsa event. Pence pushed back against talk of a second wave of infections, citing increased testing.

In New York, which had been the epicenter and hardest hit of the U.S. epidemic, Governor Andrew Cuomo touted his state’s success story on Wednesday.

More than 2.1 million people have been infected with the coronavirus in the United States and over 116,000 have died from COVID-19, by far the most in the world.