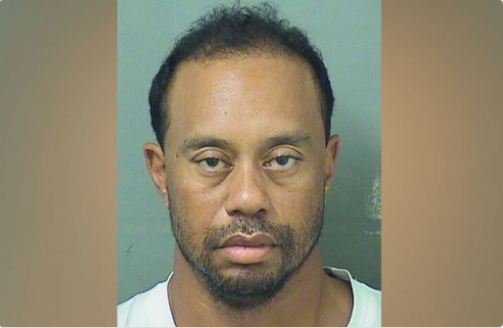 Tiger Woods was driving alone early Monday in a 2015 black Mercedes-Benz when he was arrested for DUI, according to court documents obtained by the Palm Beach Post.

Woods, 41, was arrested for driving under the influence of alcoholic beverages, chemical substances or controlled substances on Monday morning. He was also cited for improper stopping, standing or parking in an illegal place.

Police found Woods asleep at the wheel, with the vehicle running and the brake lights on.

Woods told authorities that he was coming from Los Angeles after a golf outing and did not know where he was. He then changed his story, according a probable cause affidavit.

Police noted that Woods was cooperative, but his speech was “extremely slow and slurred, mumbled and confused.”

Woods was booked into jail at 7 a.m. Monday morning and released from custody at 10:50 a.m. under his own recognizance. He took two breathalyzer tests and scored .000.

Woods is scheduled for an arraignment hearing July 5.

Woods said that alcohol was not a factor in his arrest, and said it came from an “unexpected reaction” to prescription medication.

“I understand the severity of what I did and I take full responsibility for my actions,” Woods said in a statement. “I want the public to know that alcohol was not involved. What happened was an unexpected reaction to prescribed medications. I didn’t realize the mix of medications had affected me so strongly.

Woods, once the No. 1 ranked golfer in the world and winner of 14 major titles, has not played in a competitive tournament since withdrawing from the Omega Dubai Desert Classic in February after the first round because of continuing issues with his back.

Woods is ranked 876th in the latest World Golf rankings and has not won on the PGA tour since scoring a victory at the WGC Bridgestone Invitational in 2013.