Vh1 is adding former Flavor of 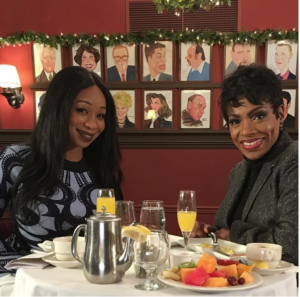 Love contestant Tiffany Pollard to its roster with a new talk show tentatively titled “Brunch with Tiffany.” News of the show broke when veteran actress Sheryl Lee Ralph posted a picture of the two on Instagram with the caption “Brunch with Tiffany aka New York coming soon on VH1. Yes, she is reinventing herself and now has her own talk show and it should be interesting and outrageous too!”

The 34-year-old reality star confirmed the news with a repost of the picture and “stay tuned” caption. VH1 apparently isn’t the only network getting in on the apparent reinvention as Pollard is also scheduled to star on E!’s second season of Famously Single alongside Malika Haqq, Ronnie Magro and Chad “Ochocinco” Johnson.