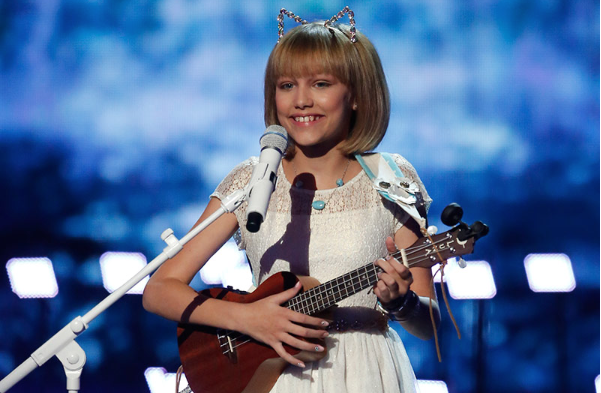 America’s Got Talent Just Made Her A Millionaire

Grace Vanderwaal is the winner of America’s Got Talent!

The season 11 sensation won the million dollar prize and headlining show in Las Vegas on Wednesday’s season finale after wowing on the finals with her original song “Clay.”

After host Nick Cannon announced her name, 12-year-old Vanderwaal burst into tears. “How does it feel? These are tears of joy, right?” he asked before she responded, “Yes, of course!”

During the show, she performed her viral audition song “I Don’t Know My Name” to a packed audience, including special guest Stevie Nicks, who Grace got to later introduced before the Fleetwood Mac band member performed “Landslide.”

“I have been watching this show from the very beginning. I have to say she reminds me a lot of me in a lot of ways,” Nicks said to Vanderwaal. “We sing very similar … we like to be weird and perky and we like to be a little different … and not like anybody else.”

Adding, “She’s got it. Whatever happens Grace is going to the top.”

Vanderwaal’s golden buzzer coach Howie Mandel gushed about the singer in a series of tweets that read: “@GraceVanderWaal MY GOLDEN BUZZER WON!”