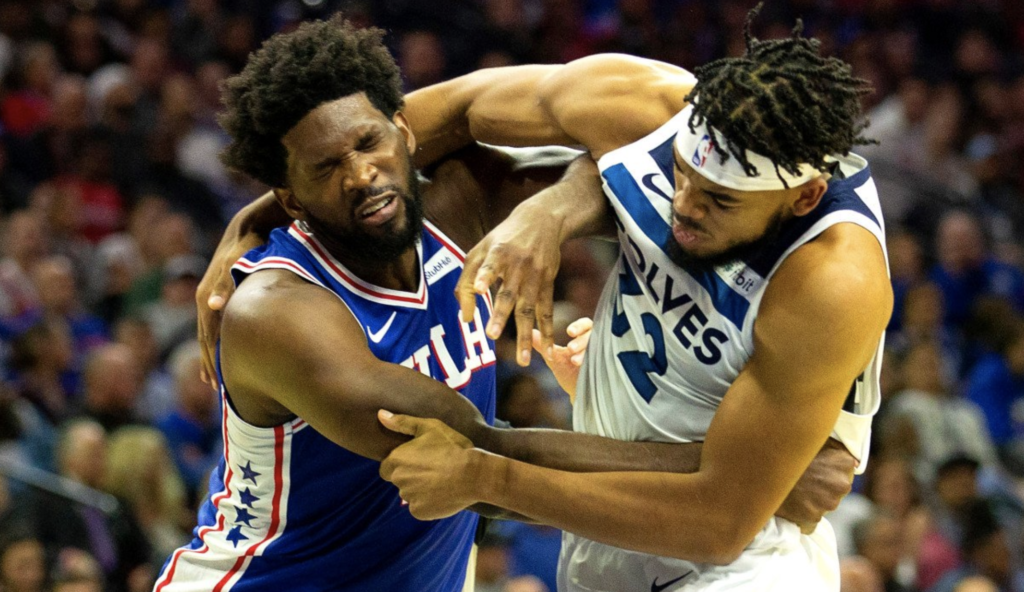 Some might say Karl-Anthony Towns and Joel Embiid had a fight Wednesday night. Others might call it a skirmish or altercation. Charles Barkley had a different way to describe the situation.

Barkley said Towns and Embiid had a “snuggle party.”

During the third quarter of the Philadelphia 76ers’ 117-95 win over the Minnesota Timberwolves, a shoving match between Towns and Embiid started. Things escalated from there.

The NBA announced Thursday that Towns and Embiid each received two-game suspensions. Ben Simmons, who at one point had his right arm around Towns’ neck, wasn’t punished for his role in the fracas.