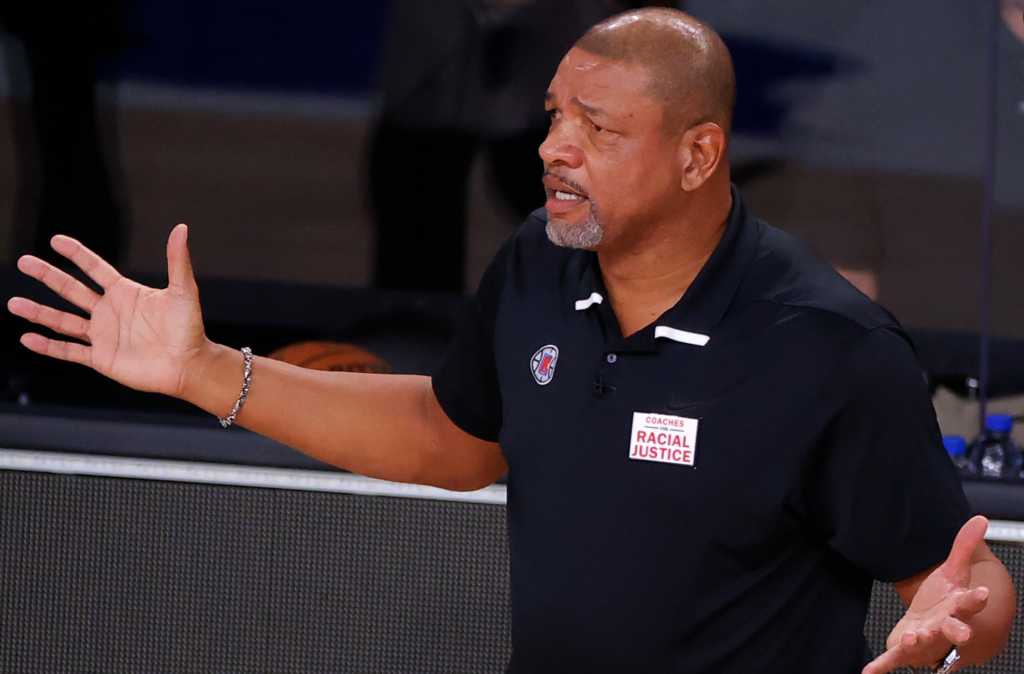 Doc Rivers has stepped down as coach of the LA Clippers in what chairman Steve Ballmer called a “mutual decision.”

The team fell well short of its championship expectations this season after acquiring All-Stars Kawhi Leonard and Paul George last summer in what were NBA-altering moves.

“Doc has been a terrific coach for the Clippers, an incredible ambassador, and a pillar of strength during tumultuous times,” Ballmer said in a statement Monday. “He won a heck of a lot of games and laid a foundation for this franchise.”

The Clippers went 49-23 in the regular season, the fourth-best record in franchise history, but squandered a 3-1 series lead in the Western Conference semifinals against the Denver Nuggets, surrendering leads of 16, 19 and 12 points as the franchise’s Western Conference finals drought reached 50 years. Rivers has been the coach in five of the Clippers’ six best regular seasons.

“Thank you Clipper Nation for allowing me to be your coach and for all your support in helping make this a winning franchise,” Rivers said in a statement posted to Twitter. “When I took this job, my goals were to make this a winning basketball program, a free agent destination, and bring a championship to this organization.

“While I was able to accomplish most of my goals, I won’t be able to see them all through. Though it was a disappointing ending to our season, you are right there and I know what this team is capable of accomplishing with your support.

“Thank you to all the players, coaches, and staff for helping us get here. Most importantly, thank you to the fans. We went through a lot, and I am grateful for my time here.”

Rivers is the only coach in NBA history to lose a 3-1 lead in three playoff series, having done so with the Clippers in the 2015 West semis against the Houston Rockets and with the Orlando Magic in the first round against the Detroit Pistons in 2003.

This team, though, was considered a championship contender from the moment the Clippers signed Leonard in free agency and traded for George.

After the Clippers completely unraveled for a third straight game in a 104-89 loss to the Nuggets in Game 7, Rivers said the title expectations were not too heavy for his team, even though the Clippers fell short of reaching what many thought all season would be a West finals showdown with the Los Angeles Lakers.

“We didn’t meet them,” Rivers said of the expectations. “That’s the bottom line. I’m the coach, and I’ll take any blame for it. But we didn’t meet our expectations, clearly, because if we had, in my opinion, we’d still be playing.”

Rivers took over as Clippers coach in June 2013 and was later promoted to president of basketball operations in conjunction with his coaching duties, before giving up that post in August 2017.

In Rivers’ seven seasons at the helm, the Clippers went 356-208, winning 63.1% of their regular-season games — the fifth-best record in the NBA and the best by any team without a conference finals appearance.

Rivers went 3-8 in potential series-clinching games with the Clippers, tied for the worst mark by a single coach with one team.

The Clippers’ job becomes the sixth current vacancy in the NBA, along with Houston, Indiana, Philadelphia, Oklahoma City and New Orleans. New York, Brooklyn and Chicago have already filled vacancies in their offseasons.

Rivers’ departure means the league also is down to four Black coaches with jobs currently: Lloyd Pierce in Atlanta, J.B. Bickerstaff in Cleveland, Monty Williams in Phoenix and Dwane Casey in Detroit. Rivers is the third Black coach to either step down or be fired this offseason, joining Nate McMillan in Indiana and Alvin Gentry in New Orleans.

Sam Cassell and Tyronn Lue were both assistants with this Clippers team under Rivers. Lue already has won an NBA title in Cleveland, and Rivers has long said that Cassell is ready to become a head coach.

“I am immeasurably grateful to Doc for his commitment and contributions to the Clippers and the city of Los Angeles,” Ballmer said. “I am also extremely confident in our front office and our players. We will find the right coach to lead us forward and help us reach our ultimate goals. We will begin the search and interview process immediately.”