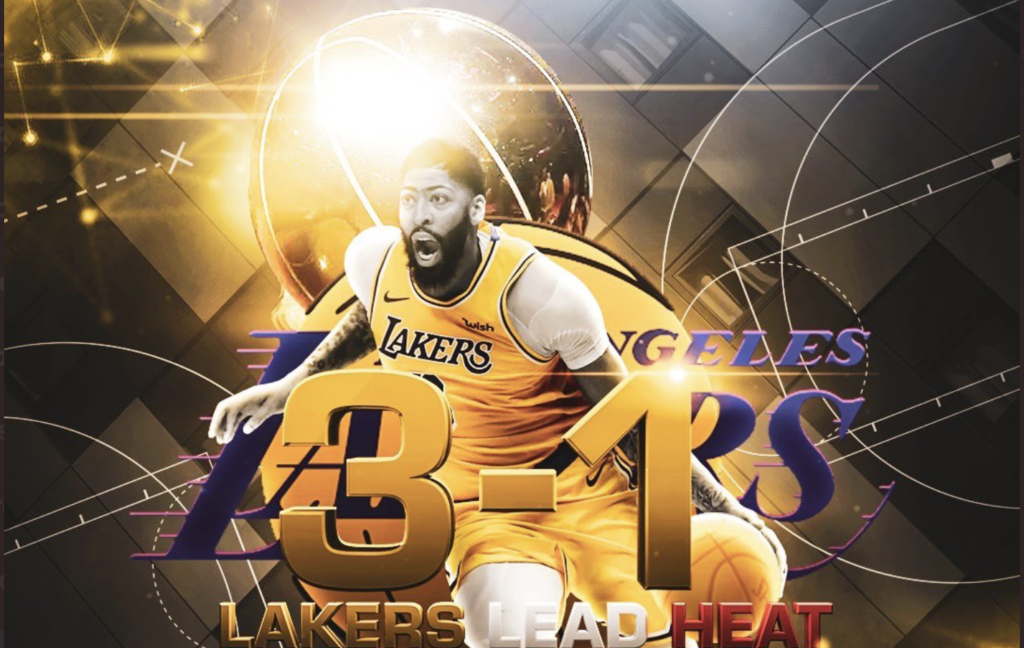 LeBron James sensed the moment and the opportunity.

Before the game he sent a text to his teammates calling Game 4 a must-win, and after the game, he called the fourth quarter winning time.

In between, James did what he often does. He took over in the fourth quarter with the game up for grabs.

Calling it one of the biggest games of his career, James finished with 28 points, 12 rebounds and eight assists.

James knows what’s at stake for his legacy, the Lakers franchise and his teammates, especially Anthony Davis, who is seeking his first title.

The difference between a 3-1 and 2-2 series might be a game in the win column, but mentally, it’s a considerable gap.

This is important to him, to win another title under these conditions. If the Lakers win another game in the series, it will be James’ fourth title, easing criticism of his Finals record, and his third championship with a third team, joining John Salley and Robert Horry as the only players to do that.

“When I woke up from my nap this morning after our team meeting, I just felt that,” James said of the need to send his teammates a text. “I felt that vibe. I felt that pressure. I felt like for me personally, this was one of the biggest games of my career. I just wanted to relay that message to my teammates, the type of zone I was in, the type of moment it was, and the kind of team we were playing against. …

The score was 83-83 midway through the fourth quarter, and Miami was playing well enough to win the game. That’s when James exerted his dominance. In the next four minutes, James scored six points and assisted on two 3-pointers, and the Lakers had a 95-88 lead.

Los Angeles is now 56-0 this season when leading after three quarters.

“The fourth quarter, obviously it’s winning time,” James said. “You’ve got 12 minutes to buckle down defensively with the lead, kind of hold that lead, and then you have to execute offensively. Obviously, I didn’t know the stat coming into tonight. But for us, that’s just the mindset. We’ve got 12 minutes.”

James has been special in the last quarter of the Finals. Of a possible 48 fourth-quarter minutes, he has played 46 minutes, 23 seconds and is averaging 8.5 points, 3.5 rebounds and 1.8 assists and shooting 48.1% from the field.

One more victory and James can get all the rest he wants.