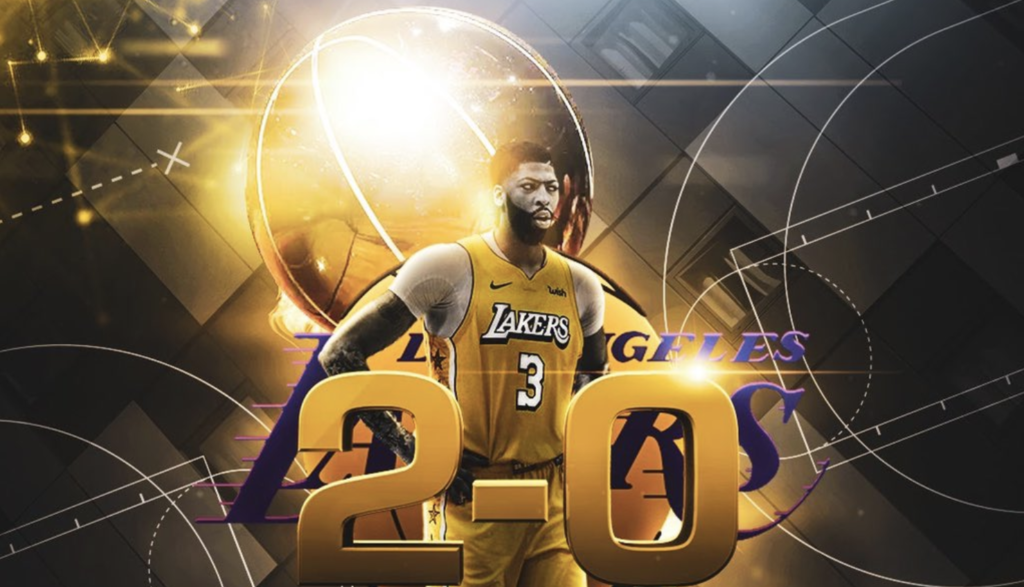 No Bam, No Chance!

As hard as the Miami Heat tried to hang around, another Los Angeles Lakers victory felt inevitable.

Anthony Davis continues to embrace the stage in his first NBA Finals appearance, making a leap from superstardom to all-time greatness. The 27-year-old again had his way in a paint unprotected by injured Heat center Bam Adebayo, as the Lakers rolled to a 124-114 win and a 2-0 series lead on Friday night.

Davis converted 14 of his first 15 shot attempts, finishing with 32 points on 15-for-20 shooting and submitting a second straight Finals MVP-worthy performance. His only challenger through two games in that regard is LeBron James, the Lakers superstar who added 33 points, nine rebounds and nine assists.

Davis has been so dominant in his first playoffs with the Lakers that even Dwyane Wade — the Heat legend with whom James reached four straight Finals and won two titles — conceded the increasingly obvious.

“It’s a compliment to AD,” James told ESPN’s Rachel Nichols when presented with Wade’s assessment on the postgame broadcast. “He’s a big-time player. He understands the position that he’s in. He understands how much our team needs him, and he comes through. He doesn’t say much, but we know that he’s very determined to not only do what he needs to do individually but for the betterment of the team.”

The undermanned Heat hung within four points through the game’s first 18 minutes, patching together a zone defense missing Adebayo as its anchor and relying on Jimmy Butler’s ability to penetrate in order to manufacture offense without injured point guard Goran Dragic. But it was a house of cards against a Lakers team that was better at getting to the rim and creating open long-distance looks in Game 2. L.A. scored 56 points in the paint and hit 16 3-pointers — five more than the Heat — on a Finals record 47 attempts.

Butler led the Heat with 25 points, a playoff career-high 13 assists and eight rebounds in 45 minutes.

“Like I said at the beginning of this thing, we got to play damn near perfect in order to beat those guys over there,” Butler said afterward. “We have yet to do it and if we don’t do it soon, it’s not going to be pretty.”

That the Heat trimmed what was an 18-point Lakers lead to single digits early in the fourth quarter and only trailed by 10 with 5:40 remaining felt like a miracle. Reserve center Kelly Olynyk contributed 24 points and nine rebounds in place of Adebayo, and Dragic’s backup ball-handlers, rookies Tyler Herro and Kendrick Nunn — combined for 30 points, 11 rebounds and six assists, but their patchwork defense was a disaster.

Miami shot 51 percent from the field, 41 percent from three and 91 percent on 34 free-throw attempts (twice as man as the Lakers) — and still was no match for an L.A. contingent who converted 28 of their 38 shots (74 percent) in the paint and grabbed 16 offensive rebounds. Rajon Rondo (16 points, 10 assists) and James picked apart the zone, and the Heat had no answer for the size and athleticism of Davis lurking behind the defense in the dunker’s spot. The Lakers met the Heat’s desperation with overwhelming force.

“I expect him to get 50 every night,” Rondo said of Davis. “I may take for granted playing with a guy like that who’s so efficient, shooting 99 percent from the free-throw line, can take a big out on the floor, put a small in the basket. He’s just so versatile, and he’s damn near playing like the best player in the game. …

“He’s unstoppable,” added Rondo, the resurgent 34-year-old former champion. “Before every game, I tell him to score 75 points. He’s fallen short a couple of times, but other than that, his mindset is to go out there and dominate. There’s no one in the NBA who can check him one on one. When the double comes, he’s making great reads, getting guys the ball on time, on target. When we play through him, he’s unstoppable.”

Adebayo told Yahoo Sports’ Chris Haynes that he plans to return in Sunday’s Game 3 to provide some resistance, but Davis was on his way to 34 points and the Lakers led by 32 by the time the Heat center exited Game 1. Even if the cavalry comes and Miami manages to avoid a sweep, there really may be no stopping Davis and the Lakers now.

“We don’t give a s— what everybody else thinks,” Heat coach Erik Spoelstra told reporters after the loss. “Whatever is necessary. It’s simple as that. If you want something badly enough, you’ll figure it out. Our group is extremely stubborn, persistent, and we just need to figure out how to overcome this opponent.”

Another Lakers championship feels inevitable, as hard as the Heat might try to hang around.