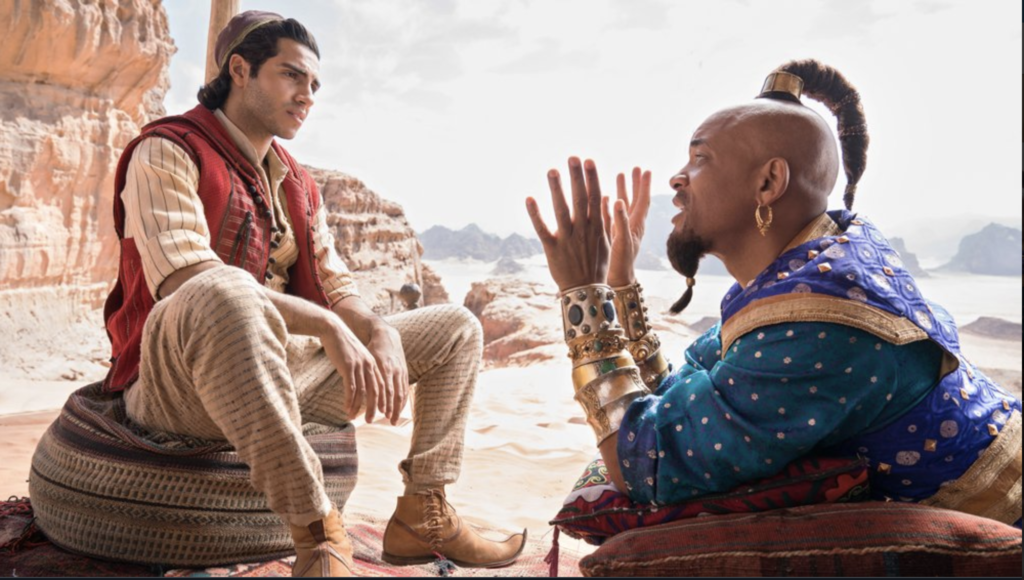 It may be a whole new world for Aladdin, but it turned out to be another lucrative opening weekend for Disney.

The live-action feature grossed $112.7 million stateside over the Memorial Day weekend, beating out even high-end estimates that the film would bow to $100 million.

The Guy Ritchie-directed Aladdin stars Will Smith as the Genie and Mena Massoud as the titular hero, a charming street rat who masquerades as a prince to win the affections of Princess Jasmine, played by Naomi Scott. The movie musical, produced by Dan Lin and Jonathan Eirich’s Rideback, opened wide in 4,400 locations.

The rehashing of the studio’s 1992 animated pic has received a mixed response from critics, with a 57 percent fresh rating on Rotten Tomatoes, but has fared far better with audiences, earning a A CinemaScore. Aladdin’s audience skewed male, with a 60/40 split, with 51 percent under 25 years old.

Aladdin is a return to form for Disney’s lucrative live-action adaptations of their classic animations after Tim Burton’s Dumbo had a disappointing opening weekend of $45.9 million at the North American box office earlier this year.

In its opening weekend, Aladdin earned more than Jon Favreau’s The Jungle Book, which pulled in $103.2 million in its 2016 debut, but came in behind the Emma Watson-starring Beauty and the Beast, which collected $174.7 million when it premiered in 2017. (Jungle Book and Beauty and the Beast did not have the added benefit of a holiday weekend opening.)

Internationally, Aladdin picked up an estimated $121 million for the three-day weekend, across 54 territories. China led the way with $18.7 million in ticket sales, followed by Mexico ($9.2 million) and the U.K. ($8.4 million).