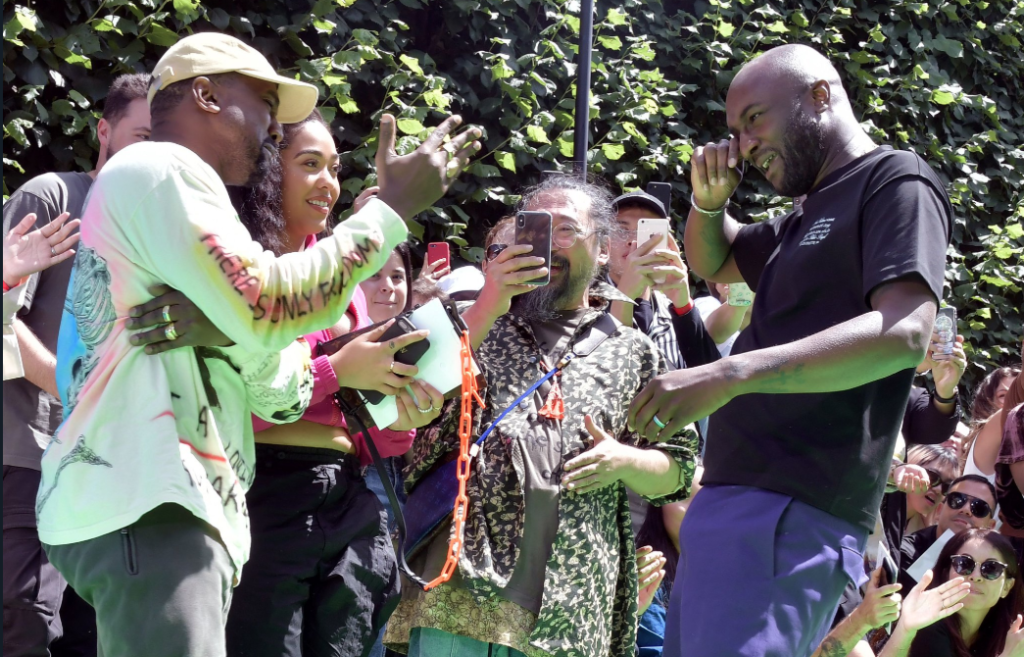 The show was packed with celebrities, as Kanye, Kim Kardashian, Kylie Jenner, Travis Scott, A$AP Rocky and Rihanna were all spotted in the front row. Virgil enlisted a number of artists to walk in the presentation, including Playboi Carti, A$AP Nast, Octavian, The Internet’s Steve Lacy and Kid Cudi. West’s ye opener “I Thought About Killing You” and “Ghost Town” were also implemented into the show.

When Abloh walked down the catwalk to much applause at the end of the show, he quickly spotted Kanye, and the two went in for an extended hug as an emotional West seemed to hold back tears under the brim of his Calabasas cap. “Louis Vuitton, it’s still Donda at the end of the day,” Kanye previously told Charlamagne Tha God during a 2018 interview. West also admitted to having “mixed emotions” about Virgil moving to LV.