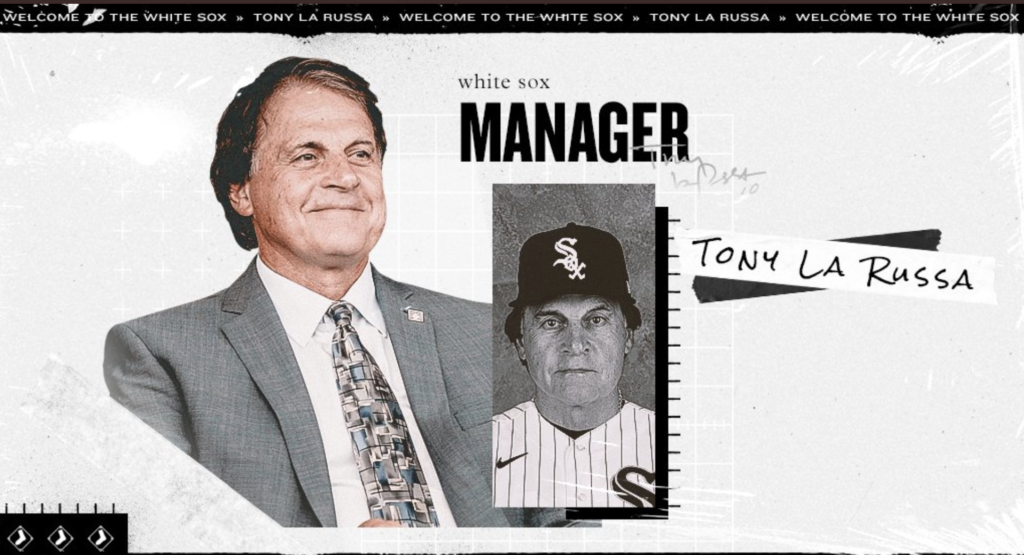 Tony La Russa enjoyed the opportunities to view baseball from “upstairs” while working for Major League Baseball and during stints in the front offices of the D-backs, Red Sox and Angels since 2012.

But it became increasingly difficult for La Russa to continue thinking about what was really going on downstairs upon leaving the dugout following the Cardinals’ 2011 World Series championship. So on Thursday, following an almost decade-long absence, the 76-year-old La Russa returned to the managerial ranks with the White Sox organization in which his 33-year-career as a manager began in 1979.

The 30th manager in White Sox history officially became the organization’s 41st manager with the two sides agreeing on a multi-year contract.

“My heart was always in the dugout,” said La Russa during an hour-long Zoom call with the media, alongside general manager Rick Hahn. “To that, when the first inquiry was made about the White Sox, I perked up because being frustrated, being upstairs, but more particularly, I think all managers would understand this, everybody would understand this, how rare it is to get an opportunity to manage a team that’s this talented and this close to winning.

“Most of the time, your chances are the opposite. So the combination of looking forward to getting back down there and checking myself to have the energy and all that stuff, and the White Sox making the call with a chance to win sooner rather than later, I’m excited that they made that choice and looking forward to what’s ahead.”

There’s no denying La Russa’s virtually unmatched credentials. He has three World Series titles, six pennants and 2,728 wins to rank third in MLB history, needing 36 victories to pass John McGraw for second. He made 14 postseason appearances and won 12 division titles while managing the White Sox, A’s and Cardinals, and he is a four-time Manager of the Year Award winner.

But this warranted praise can’t come without the questions attached to the hire, questions asked of La Russa and Hahn on Thursday. La Russa and White Sox chairman Jerry Reinsdorf have a familial, brother-like relationship going beyond the bond of friendship. Reinsdorf has stated on numerous occasions how allowing then-general manager Ken “Hawk” Harrelson to fire La Russa during the 1986 season was one of the two biggest mistakes he has made in what is approaching 40 years of White Sox ownership.

Some view Reinsdorf contacting La Russa after the team parted ways with former manager Rick Renteria as a way to right a long-ago wrong. But Hahn stressed it was a decision made by the consensus of himself, Reinsdorf and executive vice president Ken Williams, as is the case on most of their major calls.

“I can tell you this was made with the intent solely on putting us in the best position to win championships,” Hahn said. “In the end, Tony was the choice because it’s believed that Tony is the best man to take us, to usher us into what we expect to be a very exciting phase for White Sox baseball.”

La Russa was surprised by Reinsdorf’s initial overtures and still had some reservations after the second conversation based on why he retired in 2011. La Russa had numerous ensuing conversations with Hahn and Williams, and after the longest call with Hahn took place last Saturday, La Russa was the man to take over.

“Being upstairs for nine years, watching the game closely, I described it to my friends as torture, because you’re seeing it and you can’t do anything about it,” La Russa said. “Soon thereafter, I realized I had to either stop complaining about being upstairs or go downstairs. And if you go downstairs and have an opportunity like you have with the White Sox, that’s when it got serious.”

Other candidates were interviewed by the White Sox, although Hahn wouldn’t specify a total or the names. When La Russa clearly became the focus, Chicago moved in a different direction so as not to mislead any other interested parties.

During his first White Sox run from 1979-86, La Russa posted a 522-510 record and made one postseason appearance in ’83. He was listed as a seemingly surprise managerial favorite in a report by USA Today’s Bob Nightengale a short time after Hahn explained Renteria’s dismissal, but it was not certain whether La Russa would want to return to the daily grind.

“Until I got upstairs, I didn’t realize how much I would miss it,” La Russa said. “Years later, I never thought I’d get this opportunity, not just to walk back into a club that’s so ready to win, but to be back in Chicago.

“That first experience, the way they treat the people, it was my first family. And the way the fans, once we got it going, the passion of the White Sox fans, it all came together. I thought I might get asked. I didn’t think I’d come back, and that’s slowly been changing.”