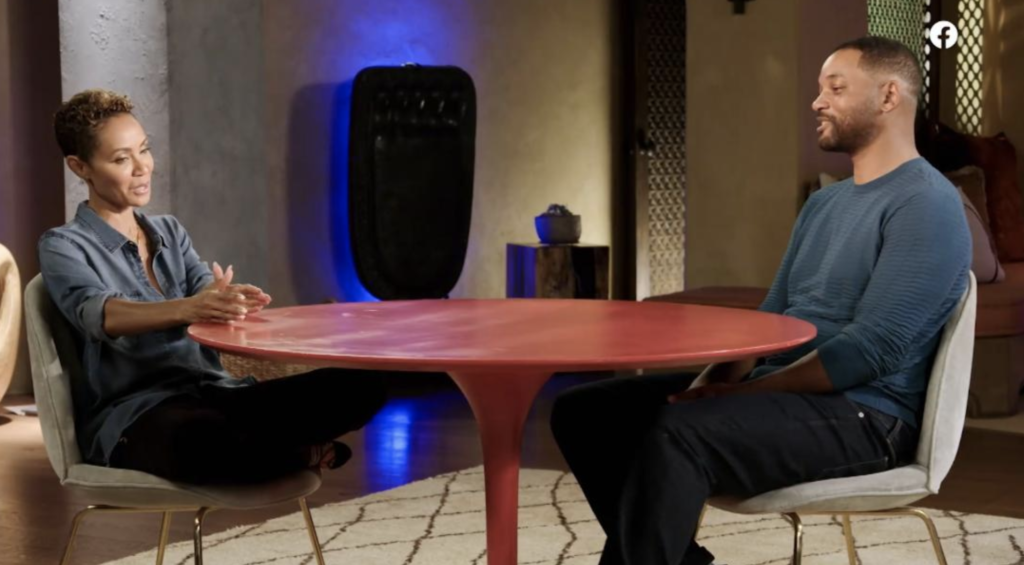 The newest episode of Jada Pinkett Smith’s Red Table Talk featuring her husband Will Smith set the Facebook Watch record for most views in the first 24 hours of release. The episode brought in over 15 million views.

The impressive figures shattered the previous record of 7.6 million, which was also held by Red Table Talk. That episode featured Jordyn Woods.

In Friday’s episode with Will Smith, the two discussed the rumors that Pinkett Smith had an affair with August Alsina. Pinkett Smith says she didn’t need permission from Smith, referencing a comment Alsina made about having permission from Smith: “The only person that can give permission in that particular circumstance is myself,” she said. “I could actually see how he would perceive it as permission because we were separated amicably and I think he also wanted to make it clear that he’s also not a homewrecker. Which he’s not.”

The separation came during a drastic low point in the couple’s relationship: “I was done with your ass, but marriages have that, though,” Smith explained, laughing. “We decided that we were going to separate for a period of time and you go figure out a way to make yourself happy and I’ll figure out how to make myself happy.”