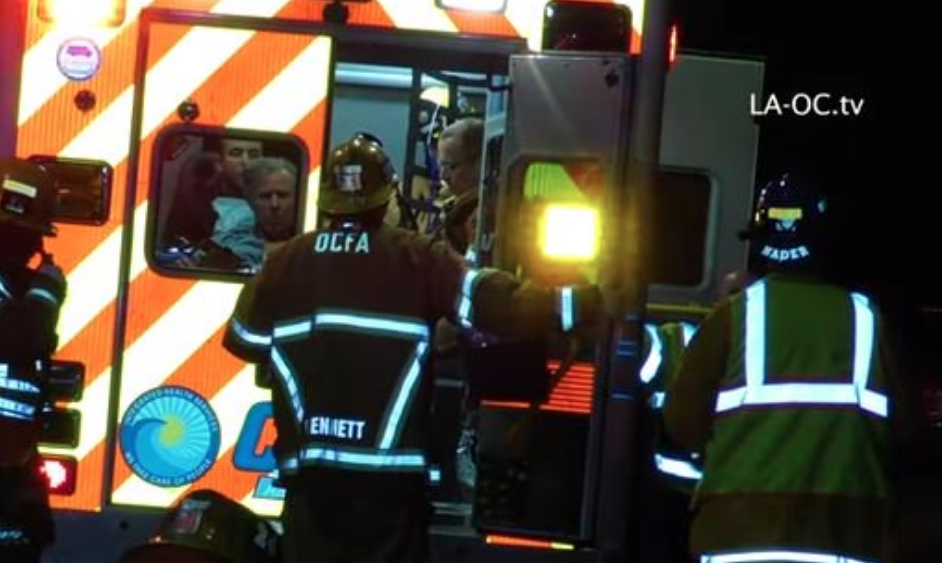 Will Ferrell Injured in Roll Over Car Accident

Actor Will Ferrell was taken to the hospital Thursday night following a crash in Aliso Viejo, Calif., according to the California Highway Patrol.

Ferrell was a passenger in an SUV that was sideswiped and flipped over on the northbound I-5 at 10:55 p.m. Video footage from the scene showed Ferrell talking on a cell phone while being loaded into an ambulance.

The actor was not seriously hurt, his representative told TMZ. Ferrell was one of three passengers in the chauffeur-driven SUV, which was returning from a “Funny or Die” event in San Diego. Ferrell appeared as Ron Burgundy from “Anchorman.”

A 27-year-old woman was also in the SUV. She was not wearing a seatbelt, and was seriously injured, according to the Orange County Register. The CHP reported that the SUV was headed north in the carpool lane, just north of La Paz Road. The driver of a Toyota in the lane to the right swerved into the SUV, causing it to hit the center divider and flip, Officer Rafael Reynoso told the Register.