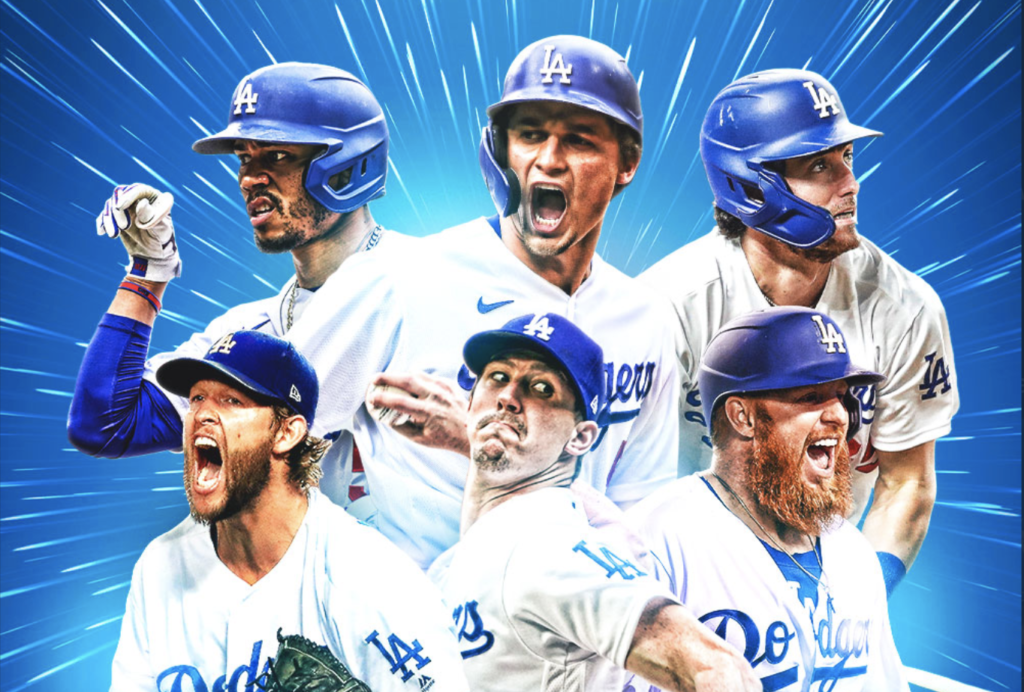 The Dodgers Are Back Again

It took seven games, a patchwork pitching plan, two comebacks, one in the series and one in Game 7, plus a massive Cody Bellinger home run — but the Los Angeles Dodgers are headed back to the World Series.

Now the fun begins. And now the real pressure is on.

This Dodgers team, after adding Mookie Betts in the offseason, was the World Series favorite. Anything less than a World Series win will be a disappointment to many, but the Dodgers are now four wins away from their first championship since 1988 — as they try to extinguish the ghosts of two World Series losses in the past three years and disappointing postseason endings every year since 2013.

The Braves pushed them to their limit in the NLCS, but the Dodgers prevailed. They came back from a 3-1 hole in the series and a two-run hole in Game 7 to win 4-3 on Sunday night and advance to face the Tampa Bay Rays in the World Series. Now we get the No. 1 AL team vs the No. 1 NL team in a seven-game series.

With their backs to the wall in Game 7 until the seventh inning, the Dodgers took the lead on this no-doubt homer by Bellinger, which instantly enters the pantheon of classic Dodgers postseason homers.

The Braves jumped to an early lead when Marcell Ozuna singled home a run in the first. Dansby Swanson hit a massive homer of his own in the second inning to give the Braves a 2-0 lead. The Dodgers tied it up in the third with a two-run single by Will Smith.

It was tit-for-tat with these two teams, with the Braves scoring again in the fourth and the Dodgers answering in the sixth on a pinch-hit homer by Kiké Hernandez. It felt a lot like there was something more to come — and it came when Bellinger unloaded on that sinker from Chris Martin. It was the eighth pitch of the at-bat, coming after three foul balls.

The elation for the Dodgers in that moment found its equal in Atlanta disappointment. This is a sports city used to blowing leads and series — and blowing this 3-1 lead will just line up with the rest of the Atlanta postseason disappointments.

The Braves don’t have quite the list of consecutive postseason disappointments that the Dodgers do, but they haven’t been to the World Series since 1999. Before this year, they hadn’t won a postseason series since 2001. So close this year, but it’s still an ending full of regrets — like, what if they didn’t run themselves out of a rally in the fourth inning (more on that below)? What if they had ended this series in Game 5 or 6? What if they had ace Mike Soroka, who missed most of the season with an injury?

The Braves pitching has been stretched all season because of injuries, but surprised many in the postseason. Still, by now they were taxed. In a Game 7 free-for-all, the Dodgers proved better equipped to get outs with bullpen arm after bullpen arm.

Julio Urías was the key on the pitching side for L.A., throwing three no-hit innings to finish the game — it was the most work by any Dodgers pitcher of the night. Urias’ success saved the Dodgers from having to bring in closer Kenley Jansen, who has been shaky lately.

It’s off the World Series again for L.A. — although, lucky for them, they don’t have to leave. The series is being played in Globe Life Park in Arlington, same place as the NLCS. Since the series starts Tuesday, there’s not much time to breathe (or rest their pitching).

The Dodgers get an opponent they’re not particularly familiar with in the Rays, but their boss is. Andrew Friedman, the Dodgers’ president of baseball operations, came over from the Rays, so that figures to be a big part of the narrative.

Given that lineage, we’re also going to see some similarities in the way these teams are constructed. They both have deep lineups and play great defense — but Rays have a much more dependable bullpen, but the Dodgers have an edge in high-end starters.