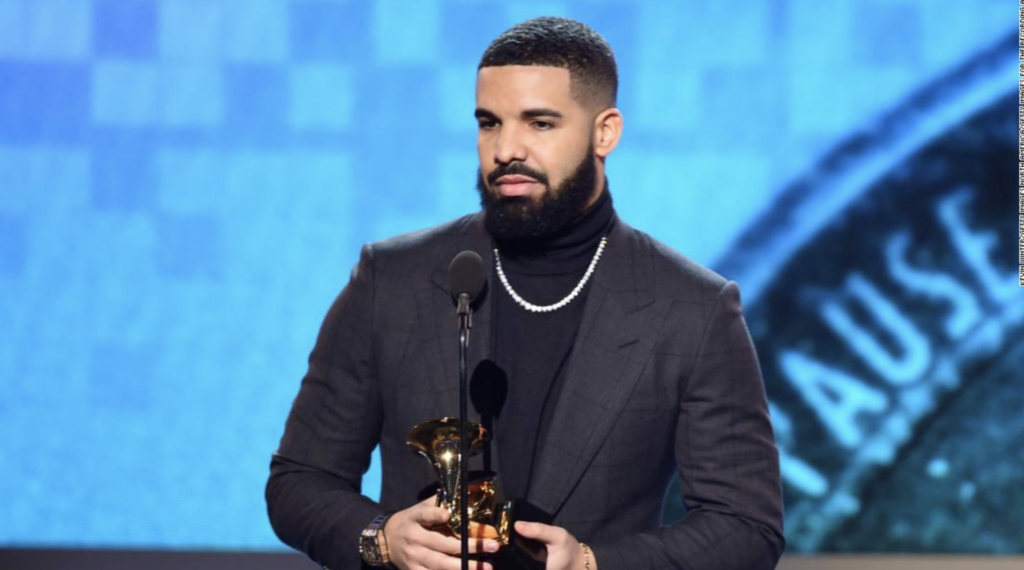 Drake Roasts The Grammys While Accepting A Grammy

Instead of going the traditional route with his acceptance speech after winning best rap song at the 2019 Grammy Awards, Drake delivered the first back-handed commentary of the night.

After making his way to the podium to accept his honor in one of the tightest categories of the evening, the rapper took the opportunity to stress to his fans that success goes beyond accolades — even the one he was holding in that moment.

“This is an opinion-based sport,” he said of the music industry, his tone earnest and direct. “This is a business where, sometimes, it’s up to a bunch of people who might not understand what a mixed race kid from Canada has to say, or what a fly Spanish girl from New York, or a brother from Houston.”

He then shouted out Travis Scott, his “Sicko Mode” collaborator and fellow best rap song nominee. (Scott and his songwriting crew were also nominated in this category for “Sicko Mode,” along with Kendrick Lamar and Co. for his tracks “King’s Dead” and “Win,” as well as Eminem and his collaborators for “Lucky You.”)

“But, look,” Drake continued. “The point is, you’ve already won if you have people who are singing your songs word for word, if you’re a hero from your hometown, if there’s people who have regular jobs who are coming out in the rain and the snow, spending their hard-earned money to buy tickets to come to your shows — you don’t need this right here. I promise you, you already won.”

“God’s Plan” secured a place in chart history for Drake back in April, when he became the first solo male artist with two 10-week No. 1 songs on the Billboard Hot 100.