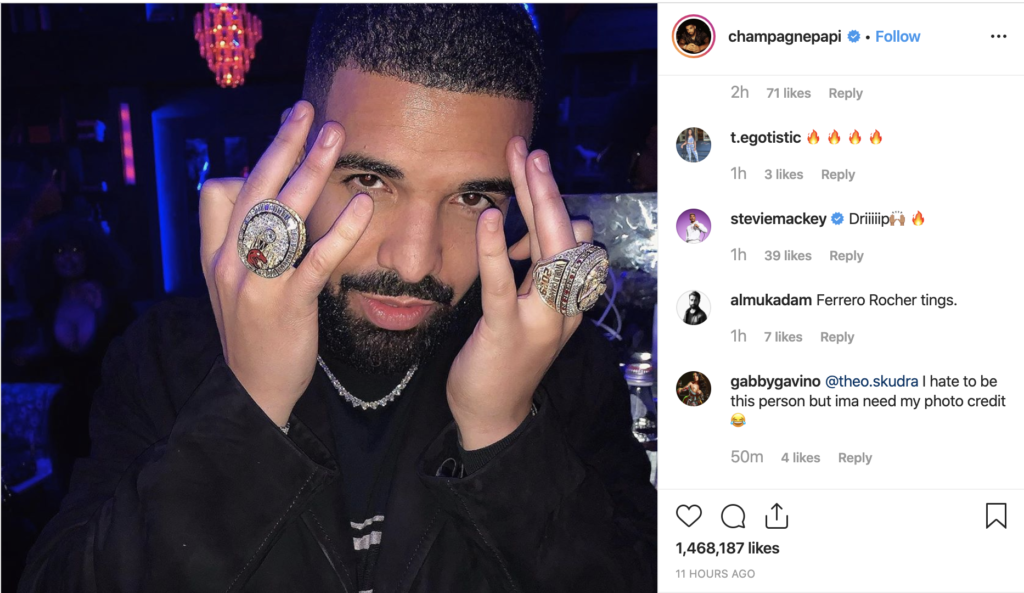 Number 1 Fan Gets A Ring

The new NBA season kicked off on Tuesday night (Oct. 22) and what better way to celebrate the Toronto Raptors’ first championship than with wildly flashy bling? But it wasn’t just the team that got the gaudy hand candy from commissioner Adam Silver at Scotiabank Arena. Brand ambassador and No. 1 fan Drake also got some finger bling in the form of his own custom version of the team’s celebratory jewelry.

Did we say version? We meant versions. Drake, of course, got the official ring, which features 74 diamonds representing every team win on the way to their first championship, as well as an image of the Larry O’Brien trophy and a chevron with the word “North” along with the Toronto skyline. According to CBS Sports, the outer edge also has 16 rubies — for every player on the championship roster — and a 17th ruby on the inside with a Canadian maple leaf engraved around it.

But Drizzy also got his own custom, 30-carat version featuring a nickname, “The Boy,” on the side, as well as the Raptors’ old dino logo. Jason of Beverly Hills showed off his blinding work in a video, while Drake commented simply, “We Major.”