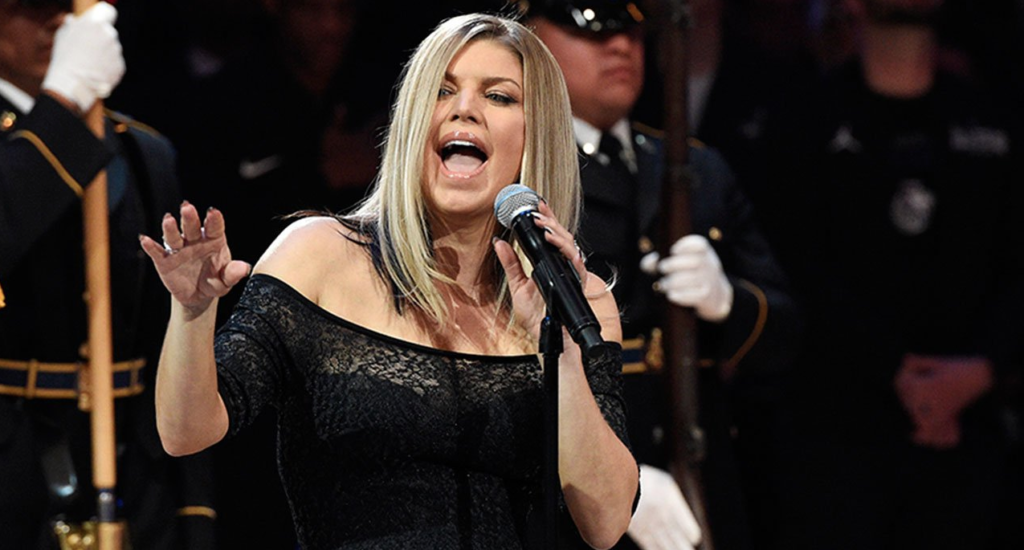 Fergie On National Anthem “I Tried My Best”

Fergie has released a statement addressing the criticism she has received following Sunday’s performance at the NBA All-Star Game in Los Angeles.

“I’ve always been honored and proud to perform the national anthem and last night I wanted to try something special for the NBA,” says the 42-year-old singer. “I’m a risk taker artistically, but clearly this rendition didn’t strike the intended tone. I love this country and honestly tried my best.”

The statement comes 18 hours after Fergie stood at center court inside Staples Center to perform “The Star-Spangled Banner” in front of a starry set of A-listers (Beyoncé, Cardi B, Chris Rock, Chadwick Boseman, Michael B. Jordan, Jimmy Kimmel, Kevin Hart, Chance the Rapper and Dave Chappelle among them) and the league’s most prominent basketball stars (LeBron James, Steph Curry, Kevin Durant and Russell Westbrook).

Fergie, who is hosting Fox reality competition show The Four on the heels of releasing her second studio album Double Dutchess in late 2017, delivered a version that many have described as jazzy, blues-inspired and sexed-up. Others simply called it not good, and social media users were quick to weigh in and #FergieNationalAnthem became a trending topic on Twitter.