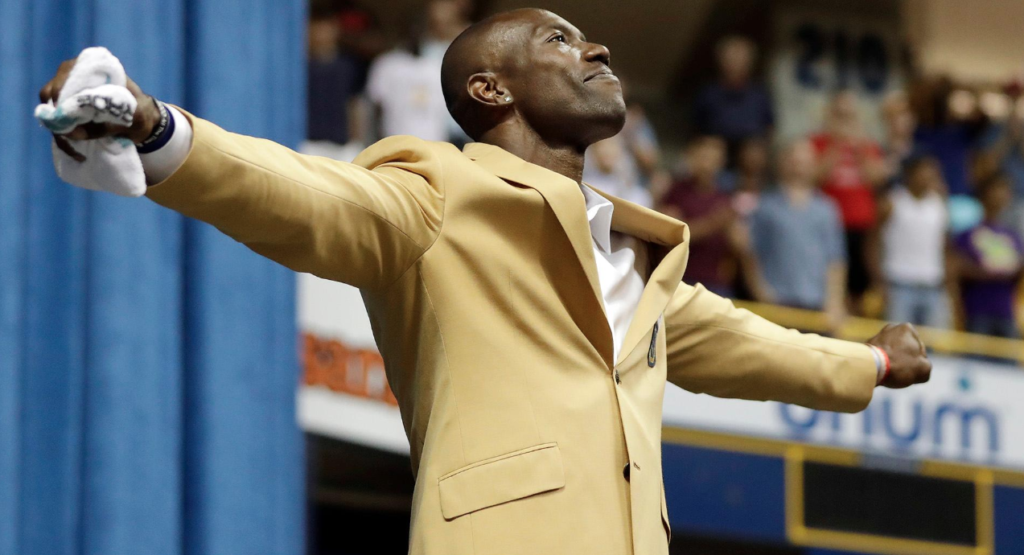 Proving that it learned exactly nothing from the entire Terrell Owens debacle of this past weekend, the Pro Football Hall of Fame is reportedly considering requiring inductees to attend their own enshrinement ceremony as a condition for admission.

This is a terrible idea. Let’s explain why.

Owens, who is at worst the third-best receiver in the history of the NFL, needed three attempts to get into the Hall of Fame. Meanwhile, Randy Moss — Owens’ equal — vaulted in on his first. The explanation? There is none, except for the obvious: voters don’t like Owens as a person, regardless of his accomplishments.

“They overlooked my body of work, my accomplishments,” Owens said Saturday. “I wouldn’t be here today if they adhered by the bylaws.”

Rather than play by Canton’s rules, Owens instead held his own Hall of Fame ceremony, a well-attended spectacle of honor and, yes, humility in Chattanooga. He spoke on his own behalf, and he laughed as speakers mocked and chided him. It was, in short, a tribute to a remarkable career, on Owens’ own terms … and the Hall of Fame apparently hated it.

“I’m not going to do a dog and pony show and smile at people’s faces and be fake,” Owens said. “People bought into what the media told them and I’m not that guy, so I had to harbor all these feelings all these years, and this is the way I wanted to do it.”

In the wake of T.O.’s well-covered snub, the Hall is apparently considering a requirement that anyone who wants in has to show up for their induction ceremony. (Presumably this excludes postmortem inductees, but you never know.) “Per multiple sources,” Pro Football Talk writes, “the Hall of Fame currently is considering a requirement that candidates for enshrinement commit to showing up for the Hall of Fame enshrinement ceremony before the selection committee makes its final choices.”

The plan, according to one PFT source: require each of the 25 semifinalists to sign a document certifying they will attend if invited. Anyone who doesn’t sign the document wouldn’t be one of the 15 finalists, and thus wouldn’t even come up for a vote. The problems with this are countless, but let’s start with the most obvious: it’s a total violation of the Hall’s own rules.

The Hall of Fame takes great pains to indicate that its criteria for admission are on-field performance and nothing else. It’s why Peter King got in trouble for even hinting that Darren Sharper could be a Hall of Fame candidate despite a grotesque and lengthy criminal record. So, in theory, the question of whether or not a player would show up for his induction ought to be irrelevant – a protest like T.O.’s by definition wouldn’t have taken place during his career, and obviously didn’t take place on a field, so it shouldn’t be a factor in enshrinement.

But we’re in an era where facts take a back seat to feelings, and that’s the issue here: hurt feelings. The Hall of Fame voters were hurt that Owens called out the hypocrisy, and want to make sure nothing like this ever happens again … even though the easiest way to do that would be to vote in deserving players in the first place.

Look, Halls of Fame in general are silly things, more fit for bar arguments than serious discussion. But turning something that’s already a sidelight to the game itself into a petty pissing match because of hurt feelings? Well, friend, that ain’t what football’s about, not at all. And if nothing else, the Hall is proving Owens right at every turn.